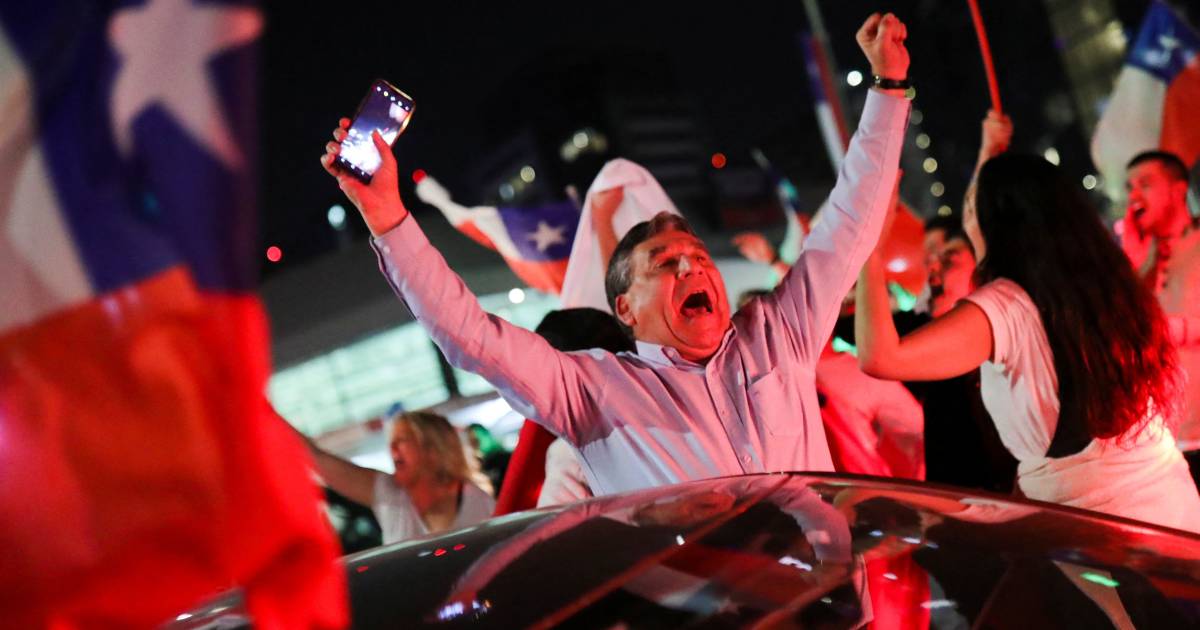 Voters went to the polls in droves yesterday. All citizens of Chile were therefore obliged to vote in the referendum. Nearly 80 percent of Chileans voted in October 2020 to amend the existing constitution, which dates from the time of dictator Augusto Pinochet. He was in power from 1973 to 1990.

That 2020 vote came a year after more than a million people took to the streets in the capital Santiago to protest an increase in public transport fares. The ensuing social unrest against the enormous socio-economic inequality in the South American country left 30 people dead and thousands injured. One of the protesters’ demands was a new constitution.

The new text had to be drafted by citizens. In July 2021, the country installed a committee consisting of 155 people. Delegates included lawyers, teachers, scientists and journalists. Half of the committee was made up of women. Seventeen native deputies were also elected.

The new constitution should have reduced the power of the elite and distributed wealth more fairly among the people of Chile. It should also have better ensured social rights, the environment, gender equality and indigenous rights. But the Chilean voter was not satisfied with the newly drafted text. The current constitution offers much more room for free market forces, which makes Chile a popular country for foreign investors.

Although he took the loss into account, the outcome is a major setback for the new left-wing president Gabriel Boric. He counted on the new constitution to help him reform tax, pension and labor systems. Today, according to the Chilean newspaper, he calls La Tercera all political parties gathered to analyze the continuation of the constitutional process.

“I will do everything within my power to initiate a new constitutional process,” he said. Boric called on “all political forces” “to agree on the contours” of this new process as soon as possible.