China bending over the Indian Ocean: domination from Suez to Malacca; Geopolitics of India 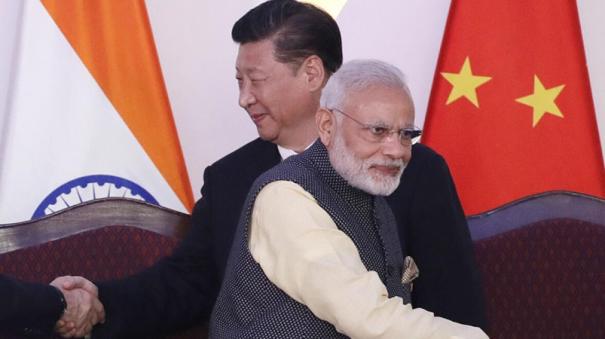 China is already moving its pods around the Indian Ocean, which is central to India’s geopolitics. In retaliation, India has joined hands with countries including the United States and Japan in retaliation. In this context, Chinese Foreign Minister Wang Yi’s recent visit to the West Indies with a plan to conquer the West Indies has caused further repercussions.

The Indian Ocean is the 3rd largest ocean in the world. For many years the entire Indian Ocean has been under Indian domination. Covering an area of ​​73,42,7000 sq km, it is bounded on the west by islands such as Victoria and Amirande, on the north by small islands such as the Maldives, Sri Lanka and Bali, on the south by the Kagoi Archipelago and on the northwest by millions of islands.

Materials such as copper, zinc, and bromium are abundant in the Indian Ocean. Expensive fish and seafood such as shrimp meet the daily needs of the people of the area. Apart from this, the Indian Ocean is home to many rare flora and fauna.

The busiest shipping lane in the world is the area between the Suez Canal and the Straits of Malacca. This is where the shipping lanes between major countries in Europe and Asia are located. This means that most of the world’s trade takes place along this route. In addition, major countries in the Indian Ocean region, such as East Africa, are engaged in rapid economic activity.

Chinese President Xi Jinping announced the implementation of the Belt and Road (PR) project in 2013. It was said that the basic objective of the project was to improve the trade route that has historically existed between Asian and Western countries.

Through this project, China will connect the countries of the world with their country through transport. Causing road traffic between China and the rest of the country. It also connects ports in China with other ports in the world by sea. This is The Belt and Road Initiative.

The plan is to connect ports, airports, railway stations, cargo terminals, etc. by road, sea and air. This will facilitate the movement of goods and integrate industry terminals around the world. It was said that connecting countries by road would pave the way for international freight traffic.

The Silk Road Economic Belt project is being implemented to connect three-quarters of the countries in Asia with China by road. China hopes that this will not only connect the nations of the world by road but also bring it under their control.

The focal point of all this is the Indian Ocean. China, which has been occupying a small amount of land and sea areas of neighboring countries, has not left the Indian Ocean region either.

In addition, hundreds of Chinese deep-sea fishing boats are camping in the southern part of the Indian Ocean to catch millions of dollars worth of fish. India is being monitored by Coast Guard patrol vessels and spy planes.

In this context, China has been increasing its dominance in the western Indian Ocean over the past few months. Earlier this year, Chinese Foreign Minister Wang Yi toured Eritrea, Kenya, the Comoros, Sri Lanka and the Maldives. These are all countries in the Indian Ocean region.

The East African coasts of Kenya, Mozambique, Somalia, South Africa and Tanzania, as well as the Chamorros, Madagascar, Mauritius, Seychelles and the French territories of Mayotte and Reunion, are located in the western Indian Ocean.

China is already intensifying its competition to reduce India’s influence there. In addition, Beijing has established a permanent military presence in the Atlantic Ocean off Ecuador and Guinea.

China has landed in an attempt to exploit countries such as Madagascar, the Comoros and the Seychelles, which are important in the western Indian Ocean. This is a preview of armchair activist Wang Yi’s trip.

Following this, China is planning to set up transport, trade distribution centers and logistics storage areas in Madagascar, the Comoros and the Seychelles. Negotiations for this have begun. All the projects put forward in the name of trade investment projects in these countries are an attempt to establish China’s dominance.

African countries like Kenya are already part of China’s Belt Road initiative. These countries are seeking Chinese support and funding. During Wang Yi’s arrival, an oil terminal was opened in the port of Mombasa.

This is an important project on the Indian Ocean coast. It extends the $ 3.6 billion Chinese-funded Mombasa-Nairobi rail line.

The China-Africa Cooperation Meeting was held in December 2021 in Dakar, Senegal. This is a meeting held by China to put forward development plans for African countries. But it is really China’s attempt to establish its dominance in African countries. China also plans to ease French control of the Comoros.

China’s economic policy is to export goods ten times cheaper than any other country’s.

Millions of dollars in loans and aid to certain countries bring the country’s major city or port under its control when it later fails to repay its principal and interest. 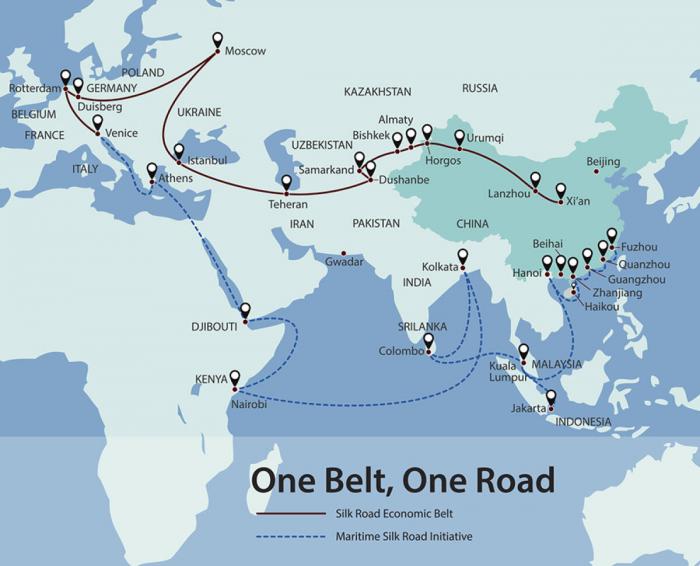 China has taken control of Sri Lanka’s ports by lending millions of dollars to Sri Lanka. Now Sri Lanka is in a severe economic crisis and is ready for anything.

Sri Lanka and the Maldives are already intensifying their efforts to attract Chinese investment for their economic growth. China is also seeking to gain control of key Indian territory in the Indian Ocean.

Like Sri Lanka, China has intensified its activities in the Maldives. Statistics show that the number of Chinese tourists visiting the Maldives has been steadily increasing every year since 2018.

Meanwhile, the number of Indians visiting the Maldives has declined. Meanwhile, Indian investment in the Maldives is still higher than in China. India has also taken some steps in response. Steps are being taken to prevent Chinese warships from entering the Indian Ocean.

India with US, Japan

India used this as a perfect opportunity. The Indian Navy conducted joint combat exercises with the navies of friendly countries such as the United States and Japan. It has also announced that it will continue to engage in such training.

This has raised expectations that China will shift its focus from the Indian Ocean to the South China Sea. India held a meeting of the Quad nations in retaliation for China’s attempt to control the Indian Ocean. This quad meeting with India, Australia, Japan and the United States is an irritating move for China.

Warships from four countries were also involved in combat training in this area. The exercise was set up to realize that India is the king of the Indian Ocean.

There is also the expectation that India will retaliate in any way for China’s actions. India is expected to be active in this regard in the coming months, especially as the western Indian Ocean region is important for India’s security.