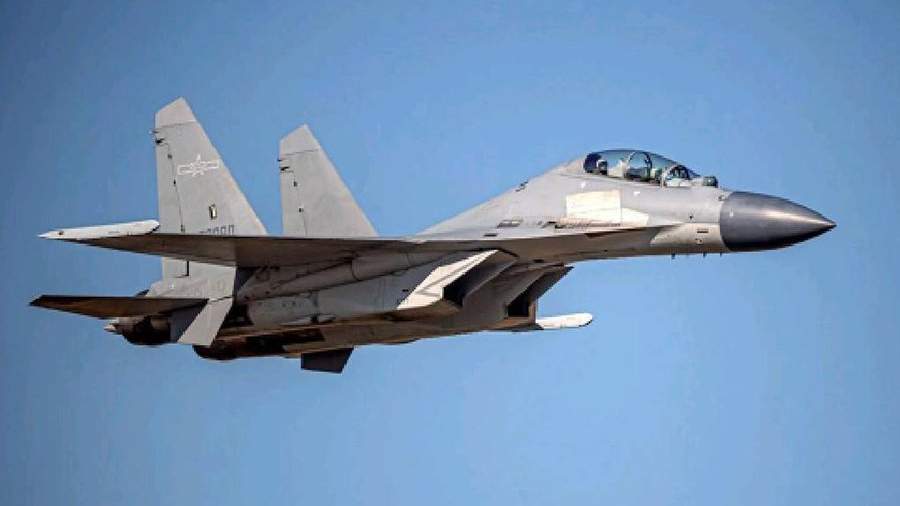 The People’s Liberation Army of China sent five warships and 17 aircraft towards Taiwan, the island’s defense ministry said in a daily report on August 16.

“As of 17:00 (12:00 Moscow time), the Taiwanese armed forces detected 17 aircraft and 5 ships of the People’s Liberation Army of China, which carried out patrols in the sea and airspace around Taiwan,” the press release says.

According to the department, 10 out of 17 aircraft of the Chinese Air Force crossed the so-called “median line” of the Taiwan Strait. Among these aircraft, four Su-30 fighters, three J-11s, two J-16s and one Y-8 electronic reconnaissance aircraft were identified.

It is reported that the Taiwanese Ministry of Defense sent an air patrol to monitor the situation. The department added that the island’s anti-aircraft missile systems (SAM) were deployed.

Earlier, on August 14, a US congressional delegation flew to Taiwan, where the next day they met with Chief of Staff Tsai Ing-wen. Prior to that, on August 12, a White House official said the US was developing an “ambitious” roadmap to develop trade relations with Taiwan. At the same time, the White House called on China to return to close channels of communication with the United States, even despite the aggravation of relations around Taiwan.

Earlier, on August 3, it became known that China imposed sanctions against two funds in Taiwan for vilifying China and supporting separatism. These are the Taiwan Democracy Foundation and the International Development Cooperation Foundation. It is noted that Chinese companies are prohibited from cooperating with those who made donations to these funds.

On the same day, the Chinese Ministry of Commerce announced that China had stopped deliveries of natural sand to Taiwan.

On the eve it became known that China banned the sale of food products from more than 100 brands from Taiwan to increase economic pressure on the island before the visit of the speaker of the US House of Representatives Nancy Pelosi.

The situation around Taiwan escalated after Speaker of the US House of Representatives Nancy Pelosi arrived at the Taipei airport on August 2, despite China’s urgent request to refrain from this step. The politician called her visit “evidence of the United States’ commitment to supporting Taiwanese democracy.”

After that, the PRC authorities decided to temporarily suspend cooperation with the United States in some areas. Beijing also began military exercises near the island. Chinese Defense Ministry spokesman Wu Qian said on August 8 that the United States is solely responsible for the current tense situation, so the American side should be held accountable for the consequences.

Beijing has repeatedly urged Washington to stop interfering in China’s internal affairs and pandering to the pro-Taiwan independence forces.

Official relations between the PRC government and its island province were interrupted in 1949, when the Kuomintang forces, led by Chiang Kai-shek, who lost in the civil war with the Communist Party of China, moved to Taiwan. Contact between the island and mainland China resumed in the late 1980s. The US openly supports the Taiwan authorities.