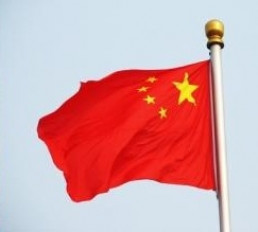 Digital Desk, New Delhi. China has extended restrictions ahead of the birthday of a prominent Tibetan Buddhist spiritual leader. It has also asked local leaders of the two Tibetan regions to call on people not to post their pictures or greetings online.

The RFA reported that authorities have threatened to arrest Tibetans in the Ngaba and Dzoge areas who defy the order by posting a message on the 80th birthday of Lobsang Tenzin Jigme Yeshe Gyamtso Rinpoche, the 11th Kyabje Kirti Rinpoche (Honored) on 8 August . The report states that Rinpoche is the chief abbot in the exile of Kirti Monastery, one of the most important and influential monasteries in Tibet.

A Tibetan source inside Tibet said, the government has warned about such activity by Tibetans, and if people found violating it will be arrested and severely punished.

The RFA reported that monks were not allowed to leave their monasteries, and that congregations were not permitted during that time. A Tibetan in exile said last year Tibetans inside Tibet expected sanctions and scrutiny from the Chinese government for celebrating Kriti Rinpoche’s 80th birthday, so they backed down.

The source said, referring to the longevity prayer offered to spiritual teachers, but this year, Tibetans in exile and inside Tibet are eager to celebrate Rinpoche’s birthday and offer tenshug. The RFA reported that Kirti Monastery has been the site of most self-immolations by monks protesting China’s repressive policies in Tibet.