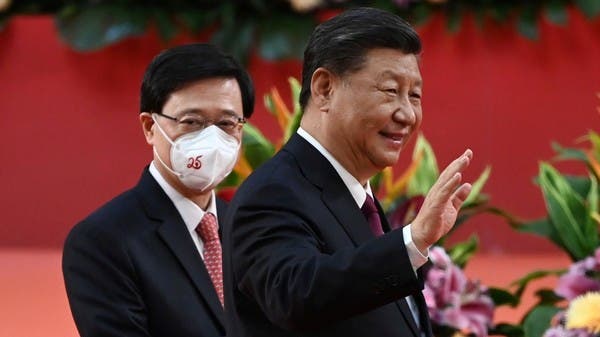 Chinese President Xi Jinping said Friday that there was “no reason” to change the “one country, two systems” principle that has been in force in Hong Kong for a quarter of a century, which grants the former British colony some degree of autonomy.

This model “is such a good system that there is absolutely no need to change it, and it should be maintained for a long time,” Xi said at a ceremony in Hong Kong to mark the quarter-century since Beijing regained sovereignty over the city from Britain.

He added that everything China had done since July 1, 1997, when the city returned to its sovereignty, was “for the good of Hong Yong.”

The principle of “one country, two systems” is the fruit of an agreement between London and Beijing in which the United Kingdom returned its colony to China, according to which it agreed that Hong Kong would enjoy for a period of 50 years, i.e. until 2047, a degree of autonomy, and that the freedoms of its residents would be guaranteed during this period. Period.

But the opposition in Hong Kong says that the national security law that Beijing imposed on the city in 2020 after the large-scale protests organized in 2019 by the pro-democracy movement, which was soon crushed by the pro-Beijing authorities, completely destroyed the promised freedoms.

In his speech, Xi considered that “real democracy” in Hong Kong began after its return to the bosom of China.

“After its reunification with the motherland, the people of Hong Kong became masters of their city (…) and real democracy in Hong Kong began then,” he said.

This is Xi’s first visit outside mainland China since the COVID-19 pandemic began, and his first visit to Hong Kong since the city erupted in 2019 with a large-scale pro-democracy protest movement.

During this visit, Xi will preside over the swearing-in ceremony of Hong Kong’s new ruler, Jun Lee.

Xi’s visit to Hong Kong was surrounded by strict security and health measures in light of the strict measures implemented to curb the spread of COVID-19.

On Thursday, US Secretary of State Anthony Blinken expressed his regret at the “erosion of autonomy” in Hong Kong, 25 years after the return of Hong Kong to Chinese sovereignty.

“It is now clear that the authorities in both Hong Kong and Beijing no longer consider democratic participation, fundamental freedoms and media independence” as part of the “one country, two systems” principle agreed upon by Britain and China in 1997 when London returned the colony to Chinese sovereignty, Blinken said in a statement.

He added that Beijing’s strict national security law imposed on Hong Kong in 2019 had “eroded the city’s autonomy” and contributed to limiting “the rights and freedoms of Hong Kong residents over the past two years.”

The US Secretary stressed that the United States “solidarity” with the residents of Hong Kong and supports “their demand to restore their promised freedoms.”

The statement by the US minister came hours after the start of the Chinese president’s visit to Hong Kong.