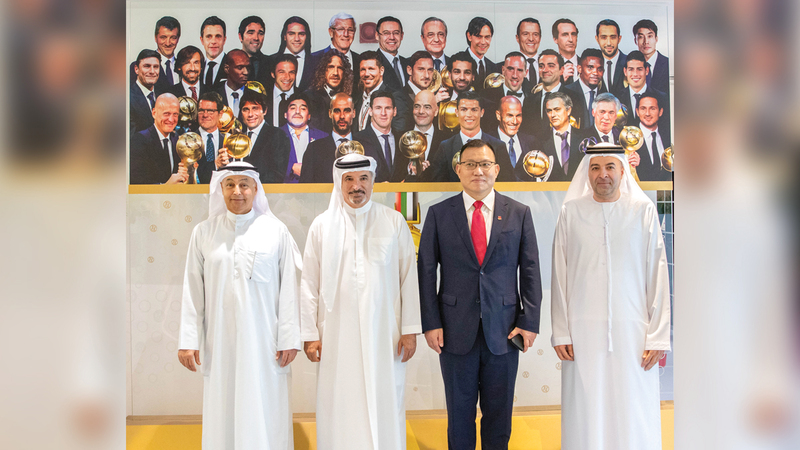 The Chinese Olympic Committee discussed the establishment of training camps for its various national teams in the UAE as part of its preparations for the upcoming Olympic Games in “Paris 2024”.

A statement issued by the Dubai Sports Council said that the meeting included a review of the agenda of sports events hosted by Dubai annually, including international sports events, camps for international teams and teams, and modern and diverse sports facilities eligible to host training camps for many sports, which many athletes benefited from in preparation for the championships. International, including the Danish Victor Axelsen, whose preparation in Dubai resulted in him winning the badminton gold at the Tokyo 2020 Olympics, as well as Olympic champions from Romania, the Czech Republic and Hungary in various sports.

The statement added: Saeed Hareb presented an explanation of the advanced sports facilities in the Emirate of Dubai, and the facilities that are provided to visiting teams and teams and global organizers.

The Chinese delegation is scheduled to visit several sports facilities in the country, which can host training camps for its national teams in preparation for the Paris 2024 Olympics, led by Al Maktoum Stadium in Al Nasr Sports Club, Dubai Police Officers Club, Hamdan Sports Complex, and Dubai Sports City. and other sports facilities.