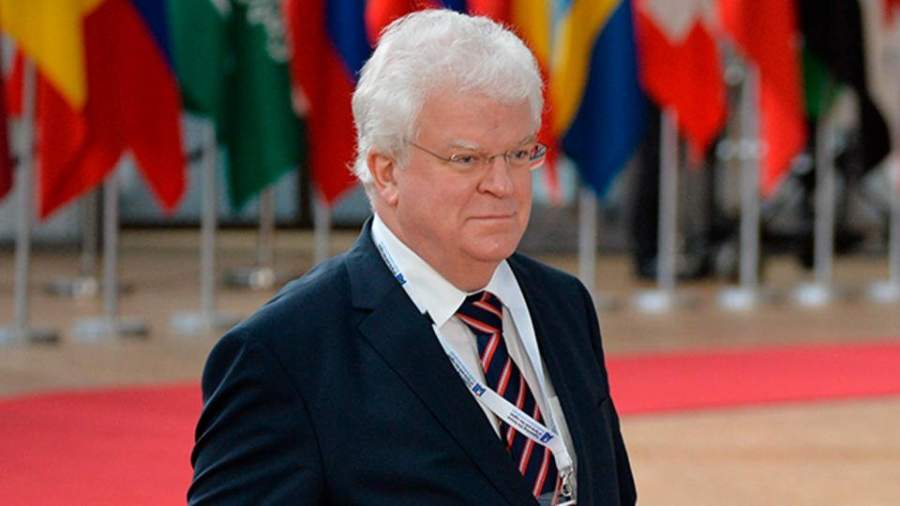 Russia’s special operation to defend Donbass is proceeding according to schedule, Russia’s permanent representative to the European Union (EU) Vladimir Chizhov said on May 12 in an interview with the British TV channel Sky News.

“I can assure you that the special military operation that Russia launched on February 24 is proceeding according to schedule,” Chizhov said.

At the same time, he pointed out that the special operation “is not as fast as some people would like in Russia,” since the RF Armed Forces must take into account the need to protect allies from the Donetsk and Lugansk People’s Republics (LPR and DPR), as well as the civilian population

“If Russian troops followed the US and other Western countries as a model, we would have steamrolled Ukraine several times by now. But there were never such intentions,” the diplomat stressed.

As Chizhov assured, “Russia had no intentions to seize territories in Ukraine.”

In addition, the diplomat expressed confidence that the conflict would eventually be resolved peacefully.

“I am sure that we will come to a solution to the Ukrainian crisis through negotiations. When will it happen? I’m not ready to speculate. No one knows what the final decision will look like in detail,” the permanent representative said.

At the same time, Chizhov clarified that Moscow insists on the “neutral status” of Ukraine, the recognition of Crimea by Kyiv as part of the Russian Federation and the independence of the Donbass republics.

Earlier in the day, Russian Deputy Representative to the UN Dmitry Polyansky said that without demilitarization and denazification, peace in Ukraine cannot be achieved. He clarified that at present he sees no opportunities for a diplomatic solution to the situation in Ukraine.

On April 19, Russian Foreign Minister Sergei Lavrov announced the start of the next phase of the Russian special operation to protect Donbass. According to him, it is aimed at “the complete liberation of the Donetsk and Luhansk republics.”

On the same day, Dmitry Peskov, press secretary of the President of the Russian Federation, noted that the question of what the new phase of the Russian special operation to protect Donbass consists of should be addressed to the Ministry of Defense.

Military expert Vladislav Shurygin explained to Izvestiya that the Russian military has already moved on to the second phase of a special military operation — a large-scale offensive to finally defeat the Ukrainian troops in the Donbass and liberate the territories of the Donetsk and Lugansk People’s Republics.

On February 24, Russia launched a special operation to protect Donbass. The situation in the region escalated in mid-February due to shelling by the Ukrainian military. The authorities of the Donetsk and Luhansk People’s Republics announced the evacuation of residents to the Russian Federation, and also turned to Moscow for help. On February 21, Putin signed a decree recognizing the independence of the DPR and LPR and promised to support the republics.

You can watch more up-to-date videos and details about the situation in Donbass and Ukraine on the Izvestia TV channel, which is broadcast live on the website iz.ru