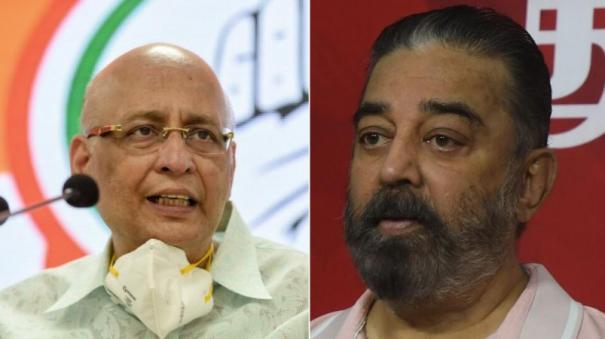 New Delhi: “Cholas are the ones who spread Sanatana Dharma to many countries,” said Congress MP to actor and Manima Party leader Kamal Haasan. Answered by Abhishek Manu Singhvi.

Responding to a question about Kamal’s comment, Telangana Governor Tamilisai Soundararajan said, “Saivism and Vaishnavism are the hallmarks of Hinduism.”

In this case, there has been opposition to Kamal Haasan from the Congress party in this matter. Abhishek Manu Singhvi, who posted a comment on his Twitter page in response to Kamal Haasan, said, “The word Hindu may not have existed during Raja Raja Chola’s time; But Sanatana Dharma is the foundation of the original Tamils. Also, “The Cholas worshiped Shiva, Vishnu and Durga. They are the ones who spread Sanatana Dharma to many countries. Atheism is not the basis of Tamil Nadu,” said Abhishek Manu Singhvi.