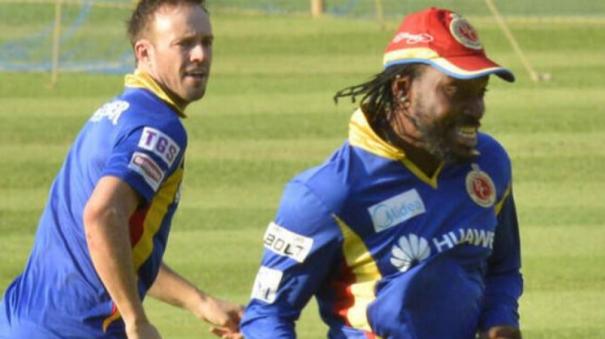 Mumbai: The Royal Challengers Bangalore team has honored both their former teammates Chris Gayle and AB de Villiers with ‘Hall of Fame’ recognition.

RCB has been active on the IPL field for 15 seasons. Going very close to the chance to win the trophy in some seasons has missed it. However, the team’s players, management and fans did not dream of winning the trophy and did not diminish the pulse. The RCB is headed by new captain Duplessis for the current season.

How many players have come and gone on that team all these seasons. But very few can say if the players are indelibly filled in the minds of the fans. The reality is that there is no RCB without them. Chris Gayle and AB de Villiers will definitely be on that list. The RCB has now honored them with the ‘Hall of Fame’ recognition.

RCB has launched this to celebrate the 15th season. They are the first two players to be inducted into the RCB ‘Hall of Fame’ list. The RCB also presents them with a medal. They both joined the team online at the event related to this announcement.