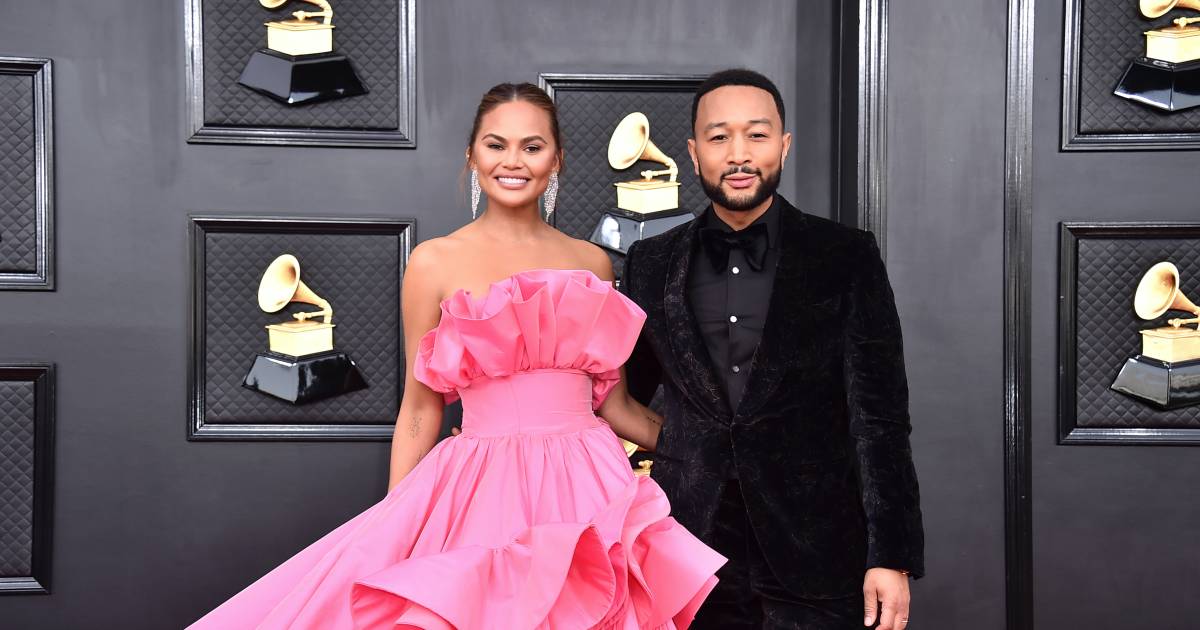 World star John Legend and his wife Chrissy Teigen have taken a day out in Amsterdam after his performance at the North Sea Jazz Festival. At a tent in the center, the top model ate the most delicious sausage of her life, she exults in front of her 38.5 million Instagram followers. The kiosk manager hasn’t even seen the ultimate commercial yet. “I warned her about our iced coffee.”

The name of the famous model Teigen (36) does not immediately ring a bell with newsstand manager Bodhi Wielhouwer. Until Legend’s name falls. ,,I thought: what a beautiful wife she has”, he laughs. The couple appeared this afternoon with friends at the FoodCrib kiosk, near the Van Gogh Museum in the heart of the capital. It’s that Chrissy brings it up on Instagram herself, because on the terrace no one seemed to notice.

‘Really the best bratwurst I’ve ever eaten, with the best soft bun’, she captioned a photo and video of herself on the terrace. For the enthusiast she gives a detailed route description. Agreed work? No way, Bodhi swears. That is also obvious, because with a star with so many followers you will probably lose at least tens of thousands of euros for a promotional message.

,,We jokingly said to each other: we should actually ask if they want to post about it”, says Wielhouwer, who in the end ‘of course’ didn’t do that. “We also want to help such people to remain a little inconspicuous.” John Legend (43) does not say a word about his Amsterdam catering visit online, but with “only” 14.6 million followers, he is also a small one compared to Chrissy .

The impassioned commendation now came with a euro or 13 money. Wielhouwer is not sure what Chrissy ordered exactly, but it was probably the ‘junkyard dog’, his ‘classic’ for 9 euros. “A sandwich with a bratwurst, young cheese, bacon, salami, Amsterdam piccalilli and sauerkraut,” he says. With it, she ordered an iced coffee, which came with a warning. ,,I said: be careful”, Wielhouwer recalls in English. “Because this is the best iced coffee you’ll ever drink, it’s going to change your life.”

As bravura as he sounds in the anecdote, he is so level-headed on the phone. Wielhouwer regularly sees celebrities at his shop and Rihanna came by two years ago, but an international star remains special. He thinks Chrissy’s post is ‘very nice’, but above all hopes that every customer likes his products. He can use the help in the back after difficult corona years, according to him. ,,Secretly, we were hoping for it. It’s great.”

Also listen to the AD Media Podcast. With a look back at the TV season, kudos to Renze Klamer and Rob Kemps’ new presentation job.