Christensen is grateful to the Danes after the difficult experience 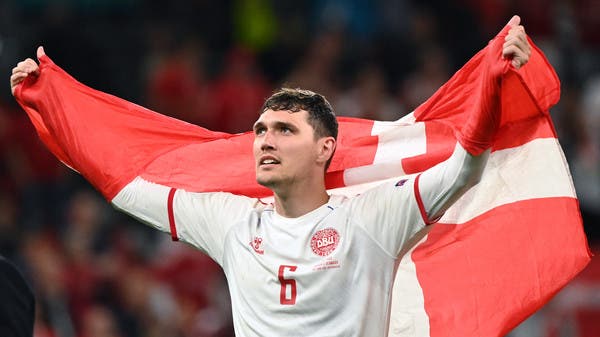 Andreas Christensen, defender of the Danish national football team, expressed his gratitude to the fans in his country for the strong support of the national team during its difficult journey in the European Cup “Euro 2020”.

“This is something we will never forget,” Christensen said on Wednesday. It is a huge thing for us. We are grateful for that.

The start of the Danish team’s campaign in “Euro 2020” witnessed a state of confusion, as Christian Eriksen, the team’s player, suffered a heart attack and fell on the field during the first match against the Finnish team in Copenhagen.

Denmark lost that match and then the second match against the Belgian team, ranked first in the world, but regained its balance by defeating its Russian counterpart 4-1 in the last third round of the group stage matches, to get three points that were enough to qualify for the round of 16 from second place in the second group.

The Danish national team will meet in the round of sixteen its Welsh counterpart on Saturday in Amsterdam.

“Winning the Champions League was a great achievement,” said Chelsea’s Christensen. But this win against Russia had a special taste, we and the rest of the Danes went through a lot, so it was a great feeling.