IndiaChurch administration urges people to vote for BJP over preservation of 1,000-year-old...
India

Church administration urges people to vote for BJP over preservation of 1,000-year-old church in Kerala 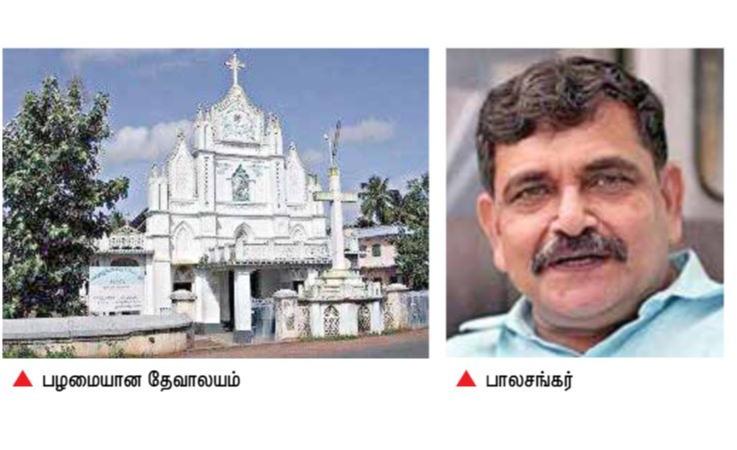 Alappuzha District, State of Kerala Sepat The thousand-year-old St. in the area George Orthodox Church Is. It dates back to AD. Built around the year 1050. The National Highways Authority (NHAI) has been working to widen the road where the church is located. Thus the Highways Department decided to demolish the church on the roadside.

But that demand was not met. Kerala who knew this description BJP One of the senior leaders, R. Balasankar, has intervened and resolved the issue smoothly. Balasankar met Central Highways Minister Nitin Gadkari and brought the issue to an end. Accordingly, the Archaeological Survey of India (ASI) visited the church and confirmed that it was a thousand years old. They also said it should be protected as a national monument. Following this the decision to demolish the church was dropped. Thus the church, which is about a thousand years old, was preserved.

Church spokesman Johns Abraham Connaught said: “We’re really grateful she was released and thank those who worked hard for her release, and we’re glad she’s alive. But politicians and others have abandoned us. But BJP leader Balashankar immediately helped us and prevented the church from collapsing.

This is a church built in the year 1050 AD. The church has 47 13th century murals. Also buried here is the 19th century Malankara Metropolitan Philip Mar Dionysius, the head of the church.

We are indebted to Balasankar for saving this church. We know that he will contest the upcoming assembly elections in Chengannur constituency.

All Christians should vote for him if he contests. If we do not vote like that, we will become ungrateful. Therefore, the head of the Malankara Orthodox Syrian Church, Basilios Marthoma Paulus II, has called on all Christians to support Balasankar. “

Previous article‘Nandigram will welcome the soil; You will be defeated on May 2 ‘: Swantu officer challenges Mamta
Next articlePayment directly to the farmer’s bank account in the minimum support price scheme