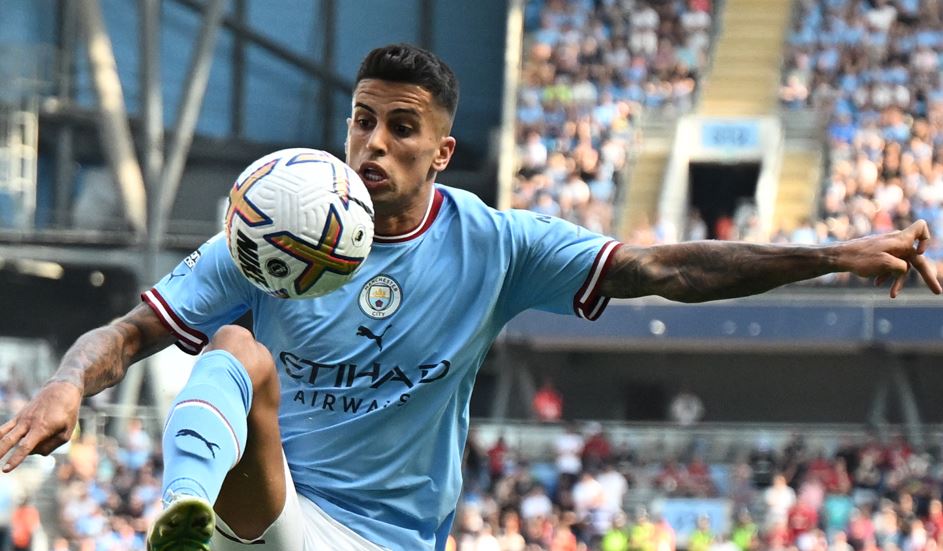 Manchester City, the defending champion, continued his strong start and achieved a broad victory at the expense of Bournemouth 4-0 in the second stage of the English Football League, and joined him in the lead, Arsenal, who defeated Leicester City without problems 4-2 today.

City and Arsenal share the lead of the “Premier League” standings with six points with the full score, with City’s goals advantage, while Leeds United missed the opportunity to join the leaders after a 2-2 draw against Southampton to fail to achieve its second win in a row.
At the Etihad Stadium, City with Spanish coach Pep Guardiola achieved his second victory in two matches after defeating West Ham in the first stage with two goals scored by Norwegian newcomer Erling Haaland.

And scored for “Citizens”, the German Ilkay Gundogan (19), the Belgian Kevin De Bruyne (31), Phil Foden (37) and the Colombian Jefferson Lerma by an own goal (79). At the Emirates Stadium, Brazilian Gabriel Jesus led Arsenal to continue its strong start this season by beating Leicester 4-2.

Jesus scored his team’s two goals in the first half (23 and 35), scoring his first official goals since moving to the London team from Manchester City during the summer, while the Swiss Granit Xhaka added the third goal (55) after the Frenchman William Saliba reduced the score to Leicester after he scored a goal. in his team’s goal (53).

And after James Madison reduced the score again to Leicester (74), Arsenal quickly eliminated his hopes with a goal for Brazilian Gabriel Martinelli, who scored his second goal this season (75). Arsenal raised its score to six points at the top of the standings, equally with City, while Leicester has an orphan point in its tally, after drawing in the first stage against Brentford 2-2 at a disappointing start for the 2016 champion.