City displays Aguero statue in memory of his historic goal 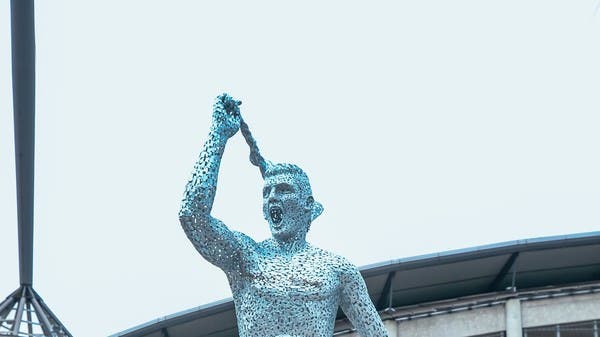 Manchester City unveiled a statue of its former striker Sergio Aguero outside the Etihad Stadium on Friday to mark the 10th anniversary of the retired Argentine striker’s historic victory goal that gave the team a first English Premier League title in 44 years.

Aguero scored the decisive goal in the 94th minute against Queens Park Rangers on the last day of the championship season in 2011-2012 to outperform his team over rival and neighbor Manchester City in the race for the local title.

And after Aguero’s goal, who was widely known with the “93:20” goal, in reference to the timing of his recording, City dominated locally in the following years.

Aguero scored a record 260 goals for City, before moving to Barcelona last year and retiring at the age of 33 due to heart problems.

“Honestly, this is a very beautiful thing for me,” Aguero said. It is very touching to see myself 10 years ago.

He continued, “During these ten years I managed to win a lot of titles and succeeded in helping the club become one of the most important clubs in the world, this is something very special.”

During the 10 years that the retired Argentine star spent in City, he won the League title five times, the English Cup once and the League Cup six times.

Al Mubarak added, “When our fans think of Sergio Aguero, they immediately remember the historic moment 93:20… This was the only appropriate way to commemorate Sergio with a personal statue of him.”