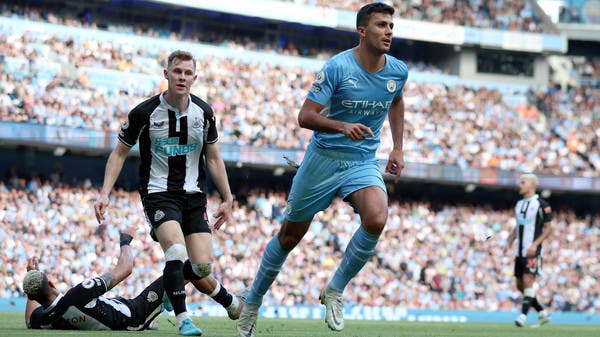 Manchester City led the English Premier League after defeating its guest Newcastle 5-0 during the match that brought them together on Sunday in the thirty-sixth round of the competition.

Manchester City advanced with a goal scored by Sterling diet in the 19th minute, and Aymeric Laporte added the second goal in the 38th minute, then Rodrigo Hernandez scored the third goal in the 61st minute, then Phil Foden scored the fourth goal in the last minute of the original time of the match, before Sterling concluded Manchester City goals by scoring The second goal for him and the fifth for his team in the third minute of overtime for the match.

Manchester City raised its score to 86 points at the top of the standings, three points ahead of Liverpool, and Newcastle’s balance stopped at 43 points in thirteenth place.