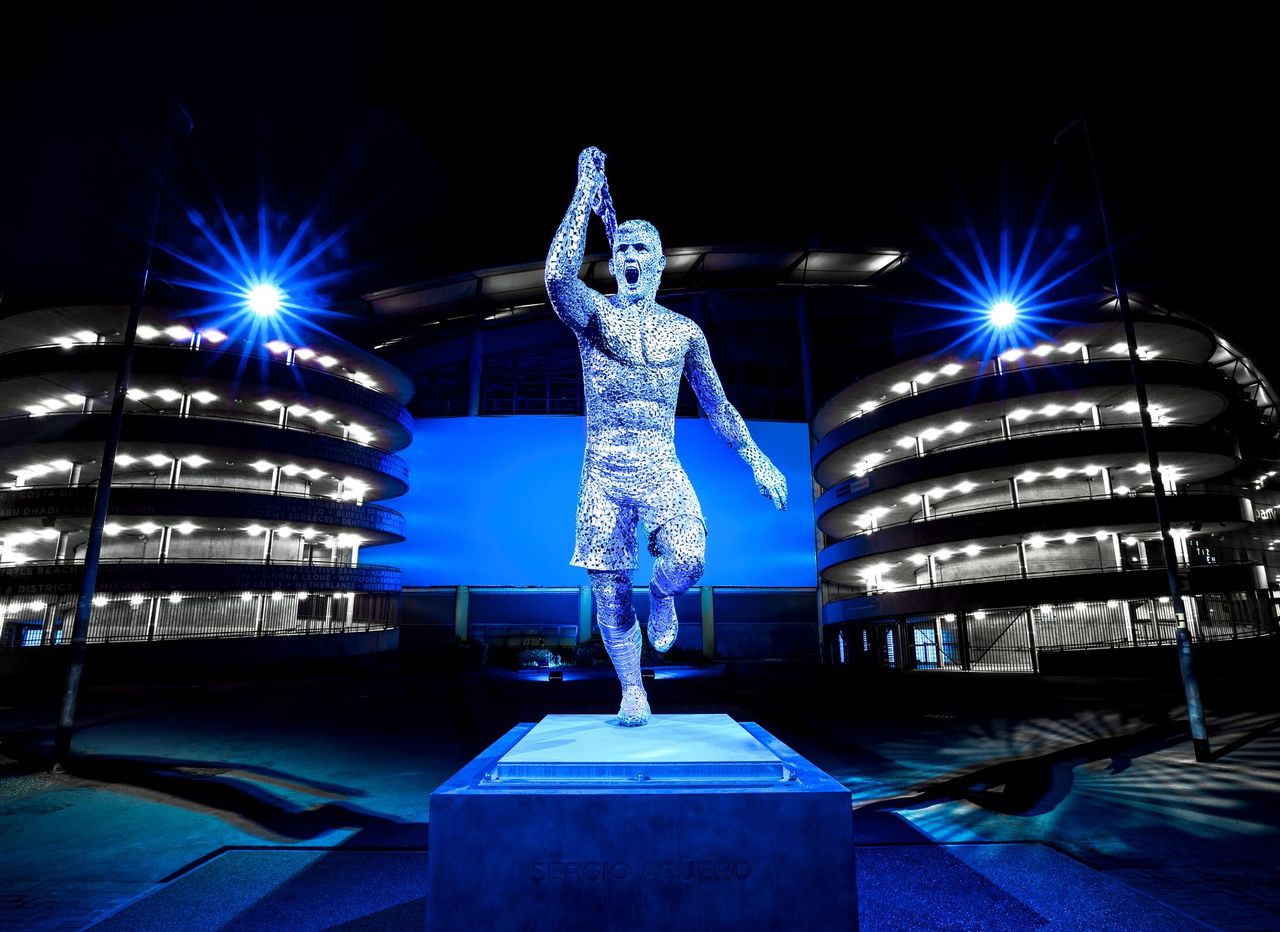 Manchester City revealed today the statue of the legendary team player and star of its attacking line Sergio Aguero in its permanent location at the Etihad Stadium in the city of Manchester, coinciding with the club’s celebrations of the tenth anniversary of achieving the English Premier League title and the legendary goal scored at the moment 93:20.

At the dawn of this day, the statue was revealed to the club’s fans and its wide audience around the world, in addition to a special video to celebrate this occasion. The Sergio Agüero statue completes the tri-star necklace, which includes statues of Vincent Kompany and David Silva, in recognition of their contributions to this important stage in the club’s history.

The monumental sculpture occupies its permanent location to the south of the Etihad Stadium, and the famous artist Andy Scott, a multi-award winning has worked on the design of the statue, which is made of thousands of pieces of galvanized steel. In the evening, after sunset, the statues of Sergio Aguero, Vincent Kompany and David Silva are decorated with distinctive blue lighting inspired by the colors of City.