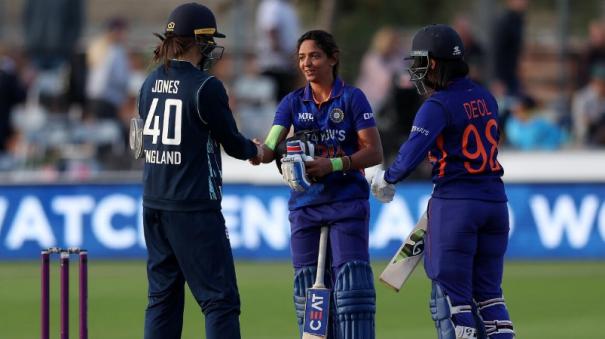 Canterbury: The Indian women’s cricket team is touring England. India lost the 3 T20 series between the two teams by 1-2. Following this, both the teams are playing a 3 match ODI series. In the first match, the Indian women’s team won by 7 wickets.

In this case, in the 2nd game, both the teams will clash in Canterbury city today at 6 o’clock in the evening. In the first ODI, the Indian women’s team, led by Harmanbeerit Kaur, showed improved performance in all departments. Smriti Mandhana, Harmanpreet Kaur and Yashtika Bhatia were excellent in batting. Another great innings could emerge from them.

Opener Shabali Verma has not reached a half-century in the last 10 games. If he returns to form, the team’s batting will get an extra boost. Bowling 39-year-old Jhulan Goswami bowled 10 overs in the first game and conceded just 20 runs with 2 maidens and took one wicket. He may look to bounce back from the series as he retires from the series.

The last time the Indian women’s cricket team played in England was in 1999 when they won the ODI series 2-1. At that time Anjum Chopra had scored a century and a half-century each. If the Indian women’s team wins today’s match and clinch the series, it will give them huge confidence for the upcoming matches.