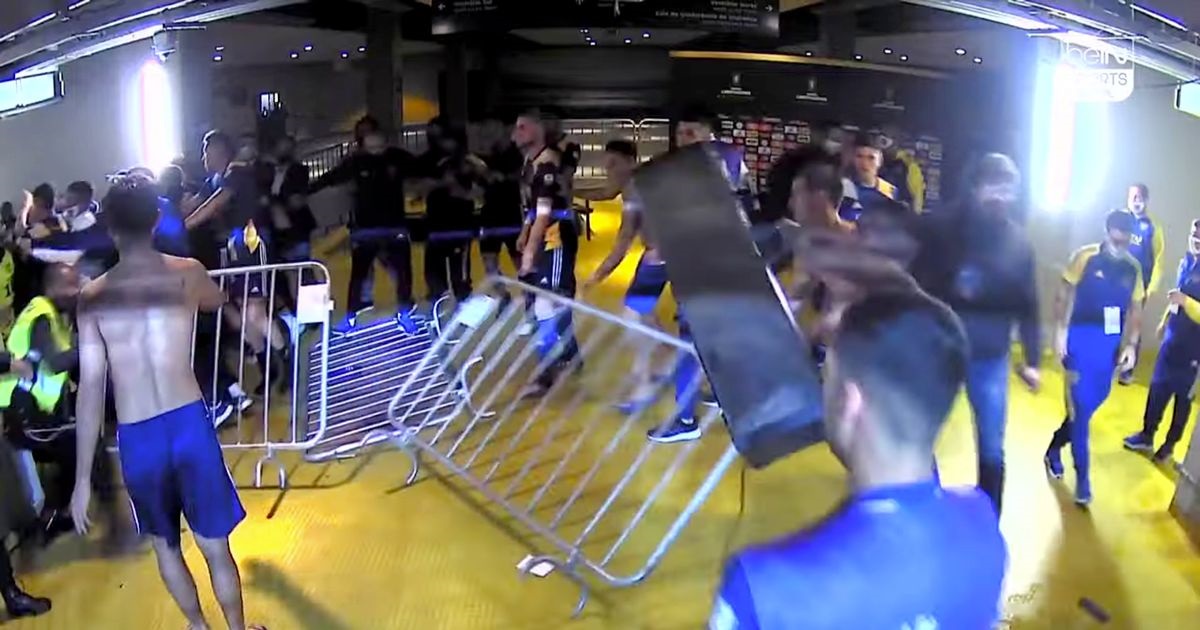 
The players of the Argentine Boca Juniors team clashed with the Brazilian police in the tunnel leading to the changing rooms while they were trying to attack the referee of the team match against Atletico Mineiro, as they blamed him for losing out of the competition in the Copa Libertadores Football Championship, which prompted the security men to arrest a number of them. In a charged atmosphere.

Videos circulated on social networking sites showed the Boca Juniors players’ attempts to reach the referee, who preferred to hide in the Brazilian team’s dressing room, while the Brazilian police confronted the players with a clash and used tear gas to discourage them from attacking.

Atlético Mineiro had won the match on penalties, after the two-legged tie ended in a goalless draw, but Boca Juniors players expressed their anger at not calculating two goals for the team in a match that was held in Brazil, after returning to the VAR technique.

Kaushik Reddy into TRS … tomorrow is the moment

Toss won the toss: 6 changes in the Indian team; 5 introductions

Tigresa rules out fight with Susy Díaz: “Many things are said, but the truth is different”

Complete lockdown ends in Oman; The night curfew will continue until July 31