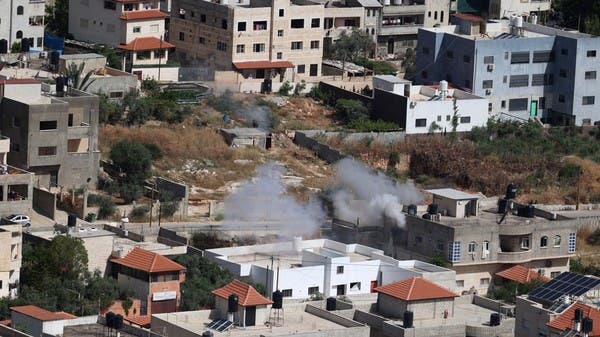 Violent clashes erupted today, Tuesday, between Palestinian gunmen and Israeli occupation forces in the West Bank city of Jenin, after the forces surrounded a house for the Al-Tawabisi family in the Al-Hadaf neighborhood adjacent to the Jenin refugee camp.

Eyewitnesses reported that the army used shells to bombard the besieged house and arrested a young man before leaving the place, while a Palestinian was moderately wounded as a result of the violent clashes that accompanied the storming operation.

Earlier, the Israeli police announced the arrest of a Hamas cell in East Jerusalem, which it said had planned to carry out several operations.

The Israeli police said that they and the Israeli General Security Service “Shin Bet” arrested 5 Palestinians on suspicion of belonging to this cell on April 22nd.

“Among other things, the suspects planned to carry out shooting attacks on Israeli targets and public figures, including with the intent to harm Knesset member Itamar Ben Gvir,” the Israeli police said.