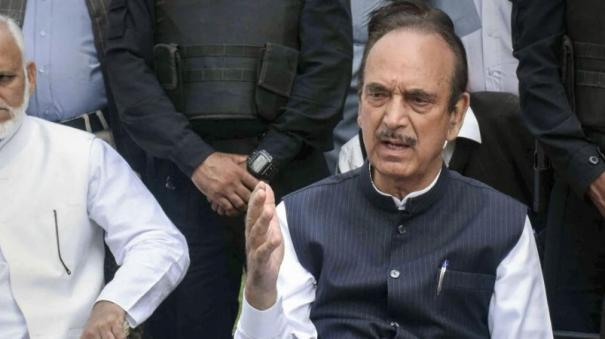 New Delhi: I have never engaged in personal attacks. The Congress party has responded to Ghulam Nabi Azad’s comment that he has only criticized the policies of the Modi government as a member of the opposition party. The party has alleged that the climate has changed and Ghulam Nabi Azad has now become a loyal soldier of the BJP.

Ghulam Nabi Azad, former chief minister of Jammu and Kashmir and recently quit the Congress party, gave an interview to a local media. In that interview, Rahul took on the task of aligning us with the BJP after the G-23 was formed in the Congress. When we wrote a letter asking for a full-time leader to strengthen the Congress party, they screamed and spread the lie that this letter was written at Modi’s instigation. To that I said Modi is not so stupid as to say strengthen Congress.