Close to Putin: The Russian President thinks the West will scream first 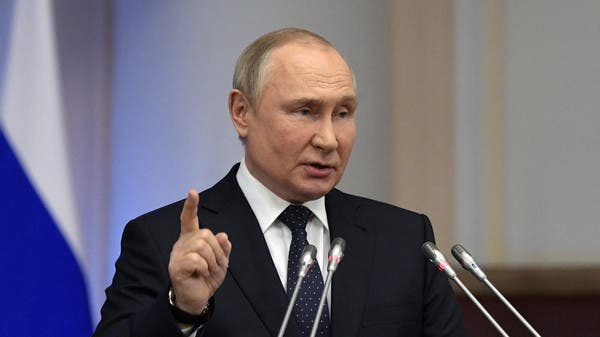 Russian President Vladimir Putin is fighting a protracted war of attrition in Ukraine and will do everything in his power to try to use economic weapons, such as a ban on Ukraine’s grain exports, to reduce Western support for Kiev, according to members of Russia’s economic elite close to Putin.

The Kremlin has used recent signals due to reluctance by some European governments as an indication that the West may lose focus in seeking to counter the Russian attack on Ukraine, especially as global energy costs rise after the imposition of sanctions on Moscow.

A Russian billionaire who is close to the Kremlin, on condition of anonymity, told The Washington Post that Putin “believes the West will become exhausted.”

The billionaire added that “Putin did not expect the West’s strong and united response at first, but is now trying to reshape the situation, and believes that he will win in the long run.”

“Putin believes that Western leaders are vulnerable to electoral cycles, and it is likely that public opinion there can be overturned in one day,” he added.

The ban on seaborne Russian oil exports announced by the European Union this week has been lauded by Charles Michel, president of the European Council, as putting maximum “pressure on Russia to end the war”, but a Russian official close to the Kremlin says it will have no effect. mentions in the short term.

“The mood of the Kremlin is that we can’t lose, no matter the cost,” the official added.

The Kremlin noted that the EU’s move only led to a further rise in global energy prices, and stated that it would seek to divert supplies to other markets in Asia, despite the EU’s ban on Russian shipments.

Kremlin spokesman Dmitry Peskov said in an interview with the Washington Post that countries “feel the impact of these sanctions more than we do. The West has made one mistake after another, which has led to an increase in crises, and the claim is that all this is because of what is happening in Ukraine, and because of Putin, incorrect”.

This position indicates that the Kremlin believes that it can withstand more than the West to weather the impact of economic sanctions.

Sergei Guriev, a former chief economist at the European Bank for Reconstruction and Development, said Putin had no choice but to continue the war in the hope that the grain blockade in Ukraine would “destabilize the Middle East and trigger a new influx of refugees”.

The Kremlin’s aggressive stance appears to reflect the thinking of Nikolai Patrushev, the hard-line head of Russia’s Security Council, who served with Putin in the KGB, is increasingly seen as a hard-line ideologist driving Russia’s war in Ukraine, and is a close security adviser that Moscow insiders believe can Getting to Putin.

In three fiercely anti-Western interviews given to Russian newspapers since the invasion, the previously publicity-shy Patrushev declared that Europe was on the brink of a “deep economic and political crisis” due to high inflation and already low living standards, which affected the mood in Europe other than that the migrant crisis Potential will create new security threats.

And he stated in one of his interviews that the world will gradually fall into an unprecedented food crisis. It will become clear that tens of millions of people in Africa or in the Middle East on the brink of starvation because of the West and in order to survive, will flee to Europe.

“I am not sure that Europe will survive the crisis,” Patrushev told the state newspaper, Rossiyskaya Gazeta, in an interview.

In another interview last week with the popular newspaper Argumenty and Fakty, Patrushev said Russia was “in no rush to meet deadlines” in its military campaign in Ukraine.

The Russian billionaire added that the Russian army is making gradual gains in the Donbass region in eastern Ukraine, and instead of seeking an immediate and decisive battle, Putin believes that time is on his side.

He continued, “Putin is a very patient man, he can wait from 6 to 9 months, and he can control Russian society much more tightly than the West can control its own.”