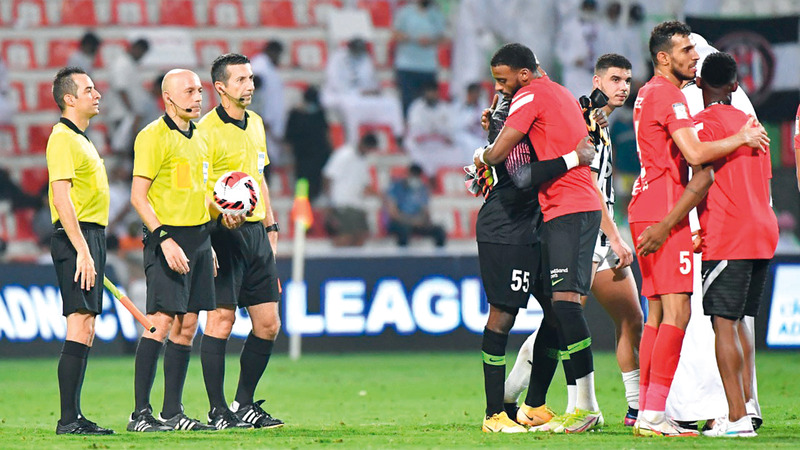 The cost of the arbitration staff per match is 170,000 dirhams, while the total cost of hiring foreign referees in 56 matches (the number of matches allowed for clubs with the presence of a foreign referee) will be about 9 million and 520 thousand dirhams.

Al Shamsi, who previously served as head of the Players Status and Transfers Committee, told “Emirates Today”: “There is no reason for clubs to attract foreign referees, except within very narrow limits in the case of sensitive matches and a match related to the lead, the rear and the relegation, and the club can need the foreigner in only one match. Out of the four matches he is allowed to attract him.”

The Football Association allowed clubs to use foreign referees in the UAE league, starting from last season, according to specific conditions and mechanism in this regard.

Al Shamsi added, “There are large clubs that transfer budgets allocated to team games, football academies and schools to spend on the first football team, and this spending is always at the expense of something else in the club.”

Al Shamsi called on the clubs to reduce the exchange rate in the process of attracting foreign rule, as the financial cost is great.

He continued, “The Football Association threw its decision to use the foreign referee the ball in the club’s court to spend the sums on the foreign referees, and something exaggerated is that the club pays 170,000 dirhams to the arbitration staff in one match.”

“The spending should be reduced in the process of attracting foreign rule because the financial cost is great.”