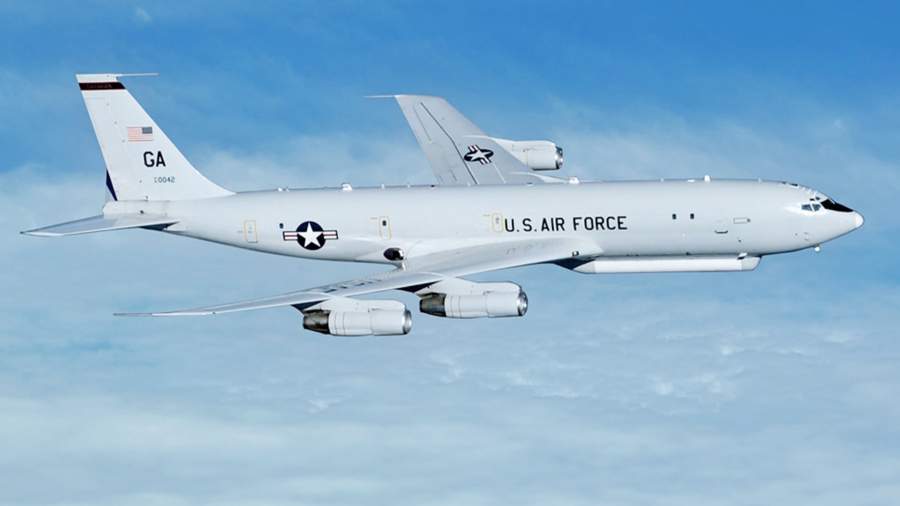 A US reconnaissance aircraft made its first flight over the territory of Eastern Ukraine this week. It is reported on Wednesday, December 29, by CNN with reference to the European command of the American armed forces.

“This week, the US Air Force carried out a reconnaissance mission over eastern Ukraine in order to collect intelligence about the situation on the ground <...>,” the channel said.

At the same time, according to the representative of the US European Command, Lieutenant-Commander Russ Wolfkil, the flight, which took place on Monday, was the first time that an E-8C Joint Surveillance Target Attack Radar System (JSTARS) aircraft flew over the region.

Wolfkil did not disclose the exact route. However, he added that the US “regularly operates aircraft in the Black Sea region in support of various US and coalition intelligence goals.”

Earlier, on December 11, it became known that the strategic reconnaissance aircraft Boeing RC-135 Rivet Joint of the US Air Force approached Donbass. According to the newspaper “Strana.UA”, the aircraft could conduct reconnaissance in the area of ​​the contact line.

On December 20, Pentagon spokesman John Kirby announced that American aircraft would continue to fly over the Black Sea. At the same briefing, Kirby told reporters that a team of Pentagon officials had visited Ukraine to discuss the country’s air defense needs.

On December 29, it became known that the American aircraft carrier USS Harry S. Truman will remain in the Mediterranean Sea due to the situation with Ukraine. He, along with a group of five ships of the US Navy, was supposed to go to the Middle East, but the strike group’s route was changed to ensure a “permanent presence in Europe.”

Dmitry Novikov, the first deputy chairman of the State Duma for international affairs, stressed that such a decision by the United States was an immediate threat to Russia. According to him, NATO is currently the largest militarized structure and officially names Russia as one of the main threats in its documents.