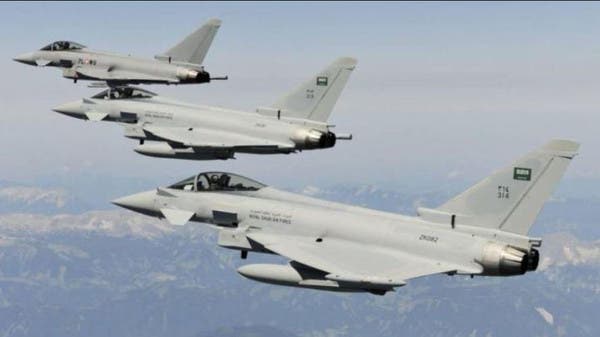 The Coalition to Support Legitimacy in Yemen announced, at dawn on Tuesday, that it had carried out air strikes targeting secret ballistic missile sites in Sanaa, confirming the destruction of a large target for ballistic missiles in the Dhahban neighborhood.

A circulating clip showed the explosions that followed the coalition strikes on Houthi ballistic missile storage sites in Sana’a.

In addition, the coalition revealed that the officials of secret Houthi militia sites in Sanaa have taken hospitals, organizations and civilians as human shields, explaining that preventive measures have been taken to spare civilians and civilian objects from collateral damage.

The coalition had announced the start of air strikes on legitimate military targets in Sana’a, asking civilians not to gather or approach the targeted sites.

He stressed that the operation is in line with international humanitarian law and the principle of legitimate defence.

Al-Arabiya had obtained video clips, on Monday, from the coalition to support legitimacy in Yemen, revealing the Houthi militia’s training on UN planes, with the aim of testing a missile air system.

The video showed that a number of Houthi elements carried out experiments and tests on an air system, by using a UN plane during landing and take-off at Sanaa International Airport to ensure the effectiveness of the system, considering the plane as a moving air target in a simulation of interception and destruction scenarios.

He also indicated who is believed to be one of the foreign experts, who is supervising the testing process, and conducting the live test of the missile launch by the Houthis, which proves the involvement of elements of the Iranian Revolutionary Guards and Hezbollah in launching hostilities and threatening freedom of maritime navigation and global trade, in addition to transferring knowledge and providing support And training for militias, in violation of UN Security Council Resolution 2216.

Meanwhile, the recorded scenes proved the coalition’s previous statements about the Houthis turning the airport into a military barracks that includes installation, booby-trapping and storage workshops for ballistic missiles and drones.

Converting Sanaa airport into a military base

Commenting on these scenes, the official spokesman for the coalition, Brigadier General Turki Al-Maliki, confirmed that Iran had turned the airport of the Yemeni capital into a military base, after it established an air bridge in 2014 at a rate of 28 flights per week from Tehran to Sanaa via Iranian Airlines (Mahan Air) and transported all Types of weapons, including qualitative weapons, for their Houthi followers.

He also added that the militias have turned the airport into a barracks that includes installation, booby-trapping, storage and launching workshops for ballistic missiles and drones in order to target civilians and civilian objects inside Yemen.

He also pointed out that the capital’s airport has become a major launch site for hostile cross-border attacks.

It is noteworthy that this airport is open to the air navigation of UN aircraft and international non-governmental organizations in order to transport humanitarian and relief aid, as well as the transportation of humanitarian workers to Sana’a.

Therefore, these tests represent a direct threat to the safety of the airspace of the aircraft of the United Nations and international organizations and their employees, and endanger their lives.