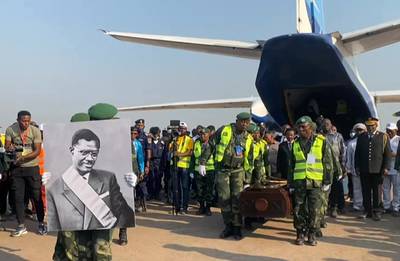 The coffin with the gold tooth of the assassinated Congolese Prime Minister Patrice Lumumba has arrived in his native region, in the central province of Sankuru. The remains arrived Tuesday evening from Brussels in the Congolese capital Kinshasa. Today, the coffin landed shortly after noon at Tshumbe airport, nearly 25 kilometers from Onalua, the hometown of the Congolese national hero.