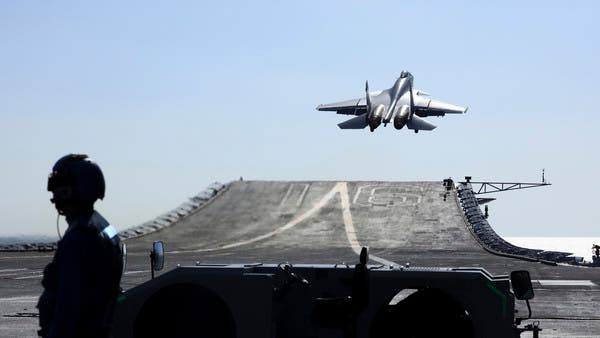 China is holding military exercises in the disputed South China Sea in conjunction with US President Joe Biden’s visit to South Korea and Japan, which is largely focused on countering the perceived threat from Beijing.

The Maritime Safety Administration office in the southern island province of Hainan said the exercises began Thursday and will continue until Monday.
He added that other ships would be denied entry to the area, but gave no further details.

Biden before heading to Asia

China claims near-total sovereignty over the South China Sea, and this vital waterway has become a potential flashpoint for conflict in Asia.

The United States does not take a foreign position on the issue of sovereignty, but insists on the right to operate freely at sea, and US warships often sail close to China-controlled military islands in the region in so-called “freedom of navigation operations.”

China has always protested against such missions, describing them as deliberate provocations that endanger peace and stability. To assert its claims, it built airstrips and other military infrastructure on artificial islands built on reefs and atolls.

Brunei, Malaysia, the Philippines and Taiwan also have overlapping claims in the South China Sea.

Since the beginning of the month, China’s first-of-its-kind aircraft carrier, the Liaoning, has carried out a mission in the Sea of ​​Japan, which the Defense Ministry described as a “routine exercise” aimed at enhancing performance “in line with relevant international law and practice, and not targeting any party.”

During his visit to Japan, Biden will meet on Tuesday with fellow leaders of the strategic alliance in the Indo-Pacific region known as the “Quartet”, which includes Australia, India and Japan.