Cola is full of sugar, but are the light varieties a healthier choice? 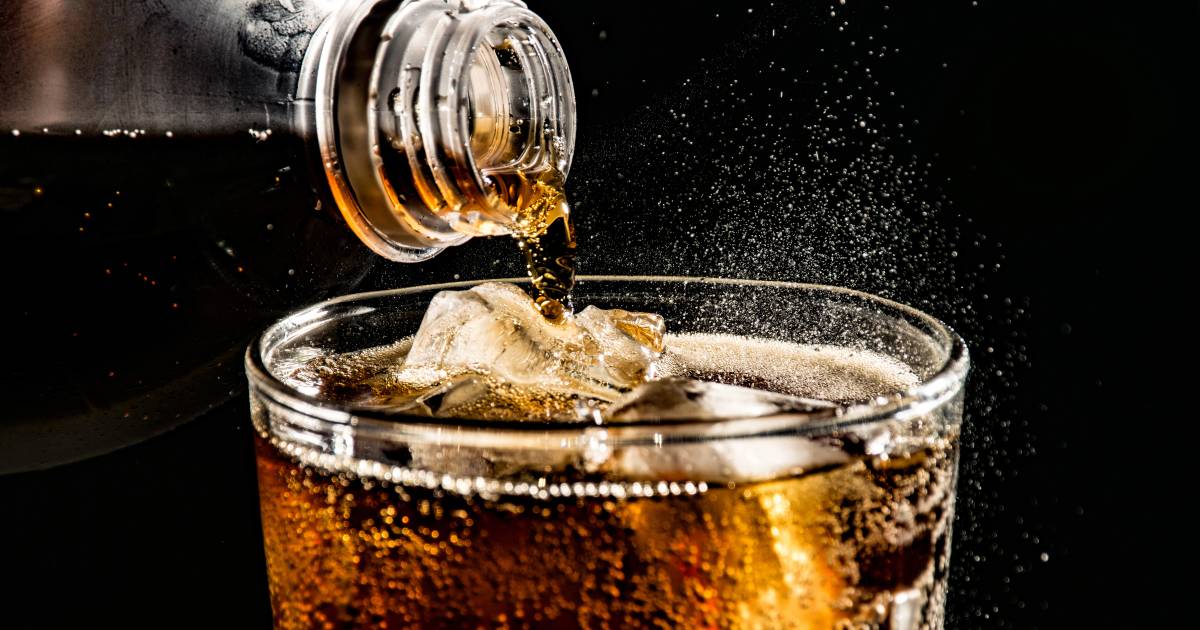 cooking&eatingFrom light to zero and from ‘normal’ cola to colas with flavors such as vanilla or cherry: the shelves in supermarkets are full of all kinds of cola. But which cola is best to drink if you want to go for the least unhealthy option? And does it matter whether you choose Pepsi, Coca-Cola or just a house brand?

Like other soft drinks, cola is not in the Wheel of Five, the guideline for a healthy diet compiled by the Nutrition Center. But according to Iris Groenendijk, nutrition and health expert at that institute, there is a distinction between the light and zero, and the regular variant. ,,Ordinary soft drink provides about 100 kilocalories per glass of 250 milliliters. That works out to about six and a half sugar cubes. It’s okay to drink soda every now and then, but don’t drink it too much or too often. The advice is to drink as few drinks with sugar as possible.”

Fortunately, many people know that soft drinks contain a lot of sugar. However, this is still insufficient for a large group of people, according to Floris Westerink, chairman of the Dutch Obesity Foundation. “So it’s good to pay attention to that. High sugar and ultra-processed foods ultimately increase the risk of overweight and obesity. It therefore also poses health risks and the risk of, for example, diabetes. There are some differences in detail in the amount of sugar between the different brands, but in broad terms that is just high, especially with the regular colas.”

Iris Groenendijk, nutrition and health expert at the Nutrition Center

Fewer calories with diet and zero soft drinks, but with acids

“Light and zero variants contain no or less sugar than regular soft drinks, and therefore fewer calories,” says Groenendijk. “So that is beneficial if you want to watch your weight.” Yet it is not the case that you can consume these soft drinks without consequences. “Just like the regular variant, diet and zero soft drinks are not included in the Wheel of Five. There are still acids in it that can affect your teeth. It is best to choose water, tea or coffee without sugar.”

It is sometimes said that you would get more hungry from light or zero varieties, because your body would be ‘fooled’ by the sweeteners, making you more hungry. But according to Groenendijk, no indications for this have been found in humans. “Most human studies have found no effect of sweeteners on glucose and insulin levels in the blood. Also, the brain does not seem to respond to sweeteners in the same way as it does to sugar.”

So you no longer get hungry from light or zero varieties, but we still have to be careful with these products that contain sweeteners, says Westerink. “When we get used to sweet food, we find unsweetened products less tasty, even though they are usually healthier. For example, it can still have a negative effect on health because we eat more and more (sweetened) sweet food. So opt for unsweetened alternative drinks. This also applies to salt in products, for example, we also get used to that, while too much salt is not good for health either.”

When we get used to sweet food more and more, we find unsweetened products less tasty

Difference between brand and type are small, water is healthier

“It doesn’t matter much in terms of health which type or brand you take,” says Groenendijk. “Perhaps that one (light) variant contains just a little more acids – which are bad for your teeth – or calories than the other. You can compare varieties by looking on the label for the amount of sugar or calories per 100 milliliters.” When it comes to cola with flavors such as vanilla or cherry, there may be a difference, according to Groenendijk. Also compare the labels. Also colas to which a flavor has been added are not in the Wheel of Five.”

We must be aware that soft drinks can have harmful effects at all, Westerink believes. ,,Everything in moderation is not such a problem, but that is very difficult for many people. Many things contain so much sugar that you quickly ingest too much, which is also a great danger for children. We need to become more aware and simply drink more water or other drinks without sweeteners and sugars. There are plenty of alternatives to consider.”

Can you drink diet coke while pregnant? Parents of Nu explains why it is better to choose an alternative in this story.