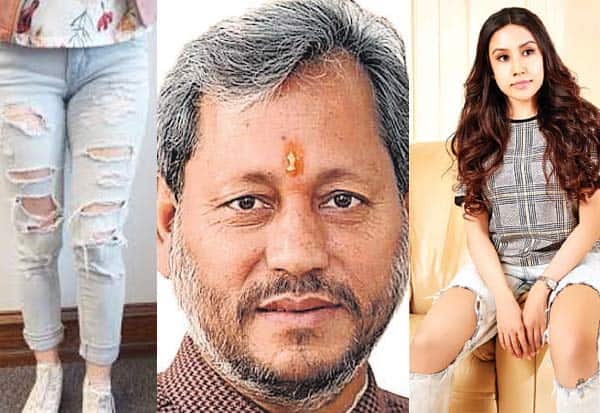 He said: During the recent flight, the woman sitting next to me was wearing ripped jeans pants. She was traveling with two children. Wearing clothes like this, how can she set an example for others?
Thus, he said.

His comment was condemned by many quarters. In this context, Chief Minister Theerath Singh, yesterday, apologized for his comment. He said:
Regarding the torn jeans, the comment I made, if anyone was affected, I apologize for that.

Can not be accepted

Let me just say one thing. No problem with casual jeans pants. Wearing torn jeans alone is not acceptable. For children, we must teach them morals and nurture them with discipline, he said.