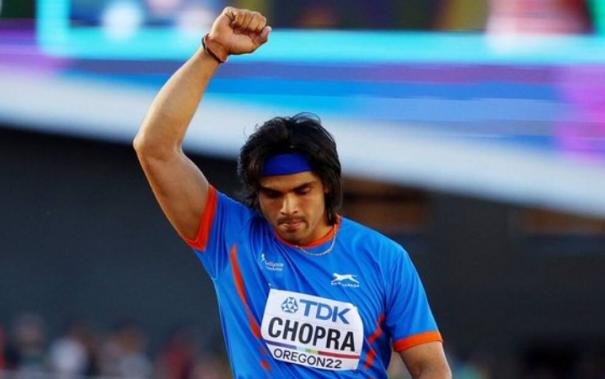 Delhi: Indian athlete Neeraj Chopra has reportedly been ruled out of the upcoming Commonwealth Games due to an injury.

The 22nd Commonwealth Games will begin in Birmingham, England. Around 72 Commonwealth nations, including India, will participate in the event. The games will be held from 28th to 8th August.

Indian athlete Neeraj Chopra was participating in the javelin throw category. Now he is reportedly sidelined due to injury. Neeraj had won gold in the 2018 Commonwealth Games.

“Olympic champion Neeraj Chopra is out of the upcoming Commonwealth Games. He has been advised to rest for a month due to fitness issues. So he could not retain his championship title in the Commonwealth. He should recover quickly from the injury,” said the Indian team.

Neeraj Chopra was the top player expected to win a medal for India at Commonwealth 2022. He had won silver in the javelin at the World Athletics Championships, which had just ended a few hours earlier. A golden boy who won gold in the Tokyo Olympics. Not participating now due to injury.

Our Olympic Champ @Neeraj_chopra1 will not be defending his title at @birminghamcg22 due to concerns regarding his fitness. We wish him a speedy recovery & are supporting him in these challenging times.#EkIndiaTeamIndia #WeareTeamIndia pic.twitter.com/pPg7SYlrSm