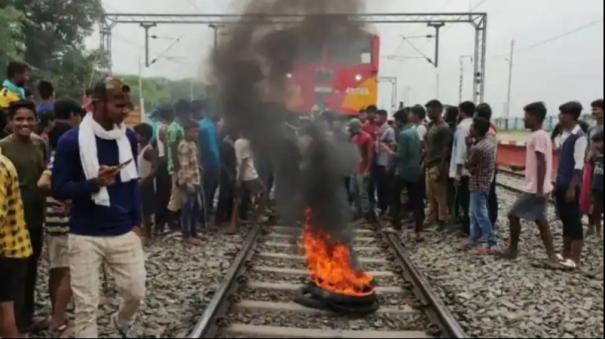 Police are monitoring training institutes in three states, including Bihar, in connection with youth protests against the fire project.

Youths in the north and Telangana, including Bihar, have been protesting against the Agnipath project, which recruits young people to the army. Trains were set on fire. Police are monitoring training institutes in three states, Bihar, Andhra Pradesh and Telangana, for allegedly inciting students to fight.

Police have arrested Aula Subbarao, who runs training institutes in Andhra Pradesh, for inciting students studying at his center against the fire project. He is a retired Army Havildar. Watts has provoked students by sending messages through – Up.