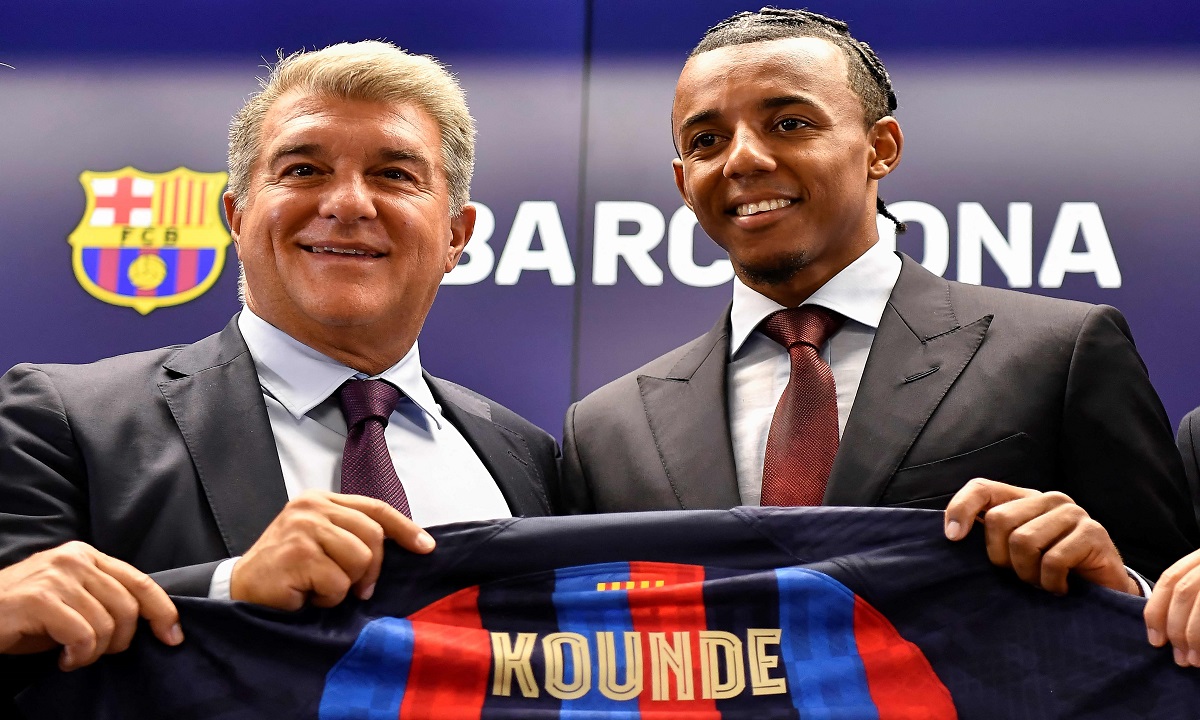 French player Jules Conde revealed the details of the role played by Xavi, coach of the Spanish football team, Barcelona, ​​in his inclusion in the Catalan team from Seville.

Conde confirmed that Xavi played an “important” role in pressing for the deal to be completed.

The name Conde, 23, has long been associated with joining Chelsea, who was widely reported to be in the process of resolving the contract with the player, before Barcelona applied to win his services.

It should be noted that this is the second time that Barcelona has moved late in the current summer transfer market and outperformed Chelsea in the struggle to include a player, as Barcelona succeeded in signing Rafinha from Leeds United and also included Andreas Christensen from Chelsea in a free transfer deal.
The secret behind Barcelona’s success in signing Conde was the conversations that took place between the player and Xavi.

❝Xavi always expressed desire for me to come here, and that was important for me❞

Conde said during a press conference: “I had some good conversations with Xavi. He always liked me and wanted to include me in the team, and that was important to me.”

He added: “This is an important moment in my career, and during the dialogues, he asked me to continue what I was doing with Sevilla, to continue playing with enthusiasm, distributing the ball from behind and passing, and these are among my strengths.”

He continued: “Barcelona is a big club, and it has great requirements as well, which is what Xavi spoke to me about.”

The inclusion of Conde comes as part of a major strengthening process for Barcelona under the leadership of Xavi, as the club also signed Robert Lewandowski and Frank Kessie, along with Rafinha and Christensen.