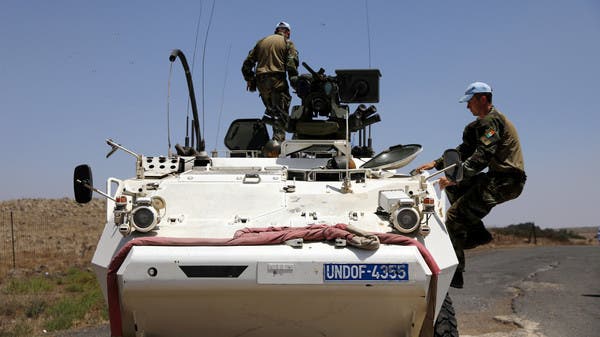 More than 66,000 UN peacekeepers face greater threats today as conflicts become more complex and driven by an increasing number of factors ranging from ethnic tensions and the impact of organized crime to illegal resource exploitation and terrorism, said the Director of Peacekeeping Operations. UN Peacekeeper Jean-Pierre Lacroix, on Friday.

In an interview with the Associated Press, Lacroix noted that even compared to two or three years ago, “the bulk of our peacekeeping missions suffer from a deteriorating political and security environment.”

Moreover, conflicts are “multi-layered”, often going beyond local and national to becoming regional and even global. He gave an example of this in the poor African Sahel region, which is witnessing an increased terrorist activity.

He said this change in how UN peacekeepers operate was due to a number of factors starting with the growing political divisions among the UN’s 193 member states.

The drivers of conflict are on the rise, Lacroix added, and there are also what he called “conflict enhancers”, including digital technologies and the impact of fake news and disinformation on conflicts, and “armed groups that use increasingly sophisticated means to undermine our actions”.

International peacekeeping force in the Democratic Republic of the Congo

The United Nations currently has 12 peacekeeping operations – six in Africa, four in the Middle East, one in Europe and one in Asia – with more than 66,000 military personnel from 121 countries joined by more than 7,000 international police and 14,000 civilians.

Lacroix said that peacekeepers continue to make a “big difference” in the countries where they oversee ceasefires, such as Cyprus and southern Lebanon, in terms of conflict prevention, “and they also make a huge difference in terms of protecting civilians, although we would like to be able to to do more,” but said conflict drivers “significantly influence the conflicts we engage in.” “They pose increasingly significant threats to the countries in which our missions are deployed, and frankly, to the region in which we operate,” he added.

“Are we sufficiently equipped as a multilateral system to confront these threats? I’m not sure. I think there is probably more that needs to be done in these areas,” Lacroix asked.

He described the upcoming ministerial meeting on UN peacekeeping operations in the South Korean capital, Seoul, on December 7-8 as an important opportunity to improve the performance and impact of peacekeeping forces and the “effectiveness of our tools” and mobilize international support for these efforts.

Lacroix said a “large number” of ministers and senior officials from all UN member states are expected to arrive in Seoul, stressing that the high-level participation is “very important” as an expression of support for UN peacekeeping operations, which are funded from a separate budget. The United Nations has $6.38 billion for the year ending June 30, 2022, as well as voluntary contributions.

He noted that the Department of Peacekeeping has distributed a list to UN member states of what they need to better protect peacekeeping forces from ambushes, improvised explosive devices and attacks. He said the list also includes improving medical support and equipment to make peacekeepers smarter, more mobile and reactive.