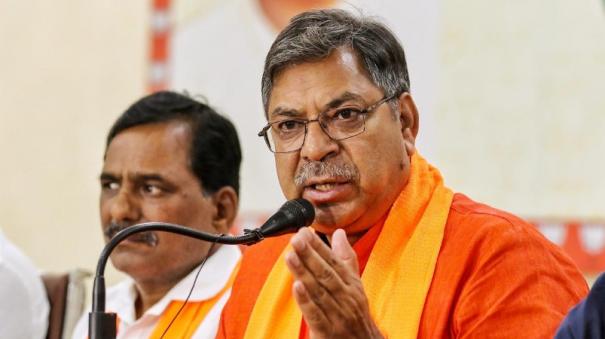 Jaipur: Amidst the ongoing turmoil in the Rajasthan Congress, state BJP president Satish Punia has said that BJP’s doors are open to Sachin Pilot, the former deputy chief minister and young leader of the Congress party.

It is said that the Congress top brass felt that Ashok Khelat was behind this threat by the MLAs and was very unhappy with him. However, Ashok Gehlot has told the senior representatives of the party, Mallikarjuna Kharge and Ajay Maken, who met him in Jaipur yesterday that this has nothing to do with him. He also said that he would apologize for the actions of his supporting MLAs.

It is said that the Congress top brass tried to get former Union minister Kamal Nath to contest for the post of party president in place of Ashok Khelat. Responding to a question from the media, Kamal Nath said that he did not want to be the Congress president and that he met Sonia Gandhi only to wish her Navratri.

In this case, since he is very loyal to the Gandhi family, it has been reported that Ashok Khelat has given his support to the party leadership to run for the post of president and he will file his nomination tomorrow. Sasi Tharoor, who is contesting against him, has said that he will file his nomination on the 30th. Meanwhile, Madhusudhan Mistry, the person responsible for the election of the Congress president, said that Shashi Tharoor and Pawan Kumar Bansal have bought the nomination form.

While the controversy over the Congress presidential candidate is on the sidelines, the BJP is waiting for an opportunity to topple the Congress government in Rajasthan. BJP State President Satish Punia and Assembly Deputy Leader of Opposition Rajendra Rathore told Speaker C.P. that MLAs supporting Ashok Khelat should accept their resignations. They have met and insisted on Joshi.

Later speaking to the media, Satish Punia said that if Sachin Pilot wants to join the BJP, the party’s doors are open for him.

Perhaps, if Ashok Khelat is chosen as the Congress President and someone else is chosen to replace Sachin Pilot as the Chief Minister of Rajasthan, Sachin Pilot may go to the BJP. Considering this, it is said that Satish Punia has called him.