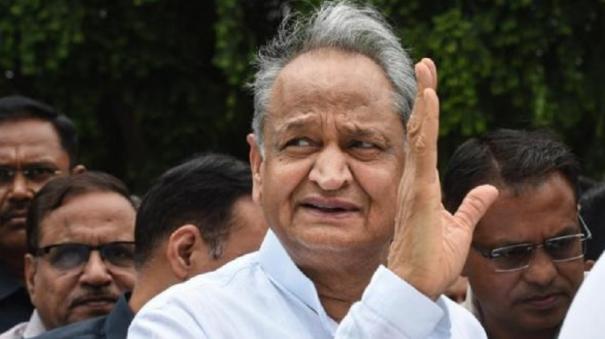 After that, Ashok Khelat, who met the media on Friday, said: I have decided to contest the elections for the post of the Congress Party. I will decide the date of filing of nominations soon. In the current state of the country, it is very necessary to strengthen the opposition.

I have repeatedly insisted that Rahul Gandhi should contest for the post of president again to fulfill the wishes of the party. Ashok Gehlot said that he has made it clear that no one from the Gandhi family will be the next Congress president.

Earlier, Ashok Khelat met Interim President Sonia Gandhi in Delhi. At that time, Sonia said that she will remain neutral in the party president election. Shashi Tharoor, who wanted to contest the Congress president election, had told the same.

When Ashok Gehlot was asked if he would be the Chief Minister of Rajasthan if the Congress leader wins the election, he said, “I have no problem with both posts. I don’t care if I don’t have any post. I will rally people with Rahul and fight against BJP policies.”

When Rahul Gandhi was asked about Ashok Khelat’s response, he said, “I will support the one post per person rule.”

With the certainty that Rahul Gandhi will not contest for the post of Congress president, it seems that many senior Congress leaders may jump into the election. Sasitharur had already informed Sonia about his intention to contest the elections for the post of President.

In this situation, it is said that Manish Tiwari and Mallikarjuna Kharge may also contest in the party president election. It is noteworthy that Digvijay Singh has also expressed why he should not contest the election for the post of Congress party president.