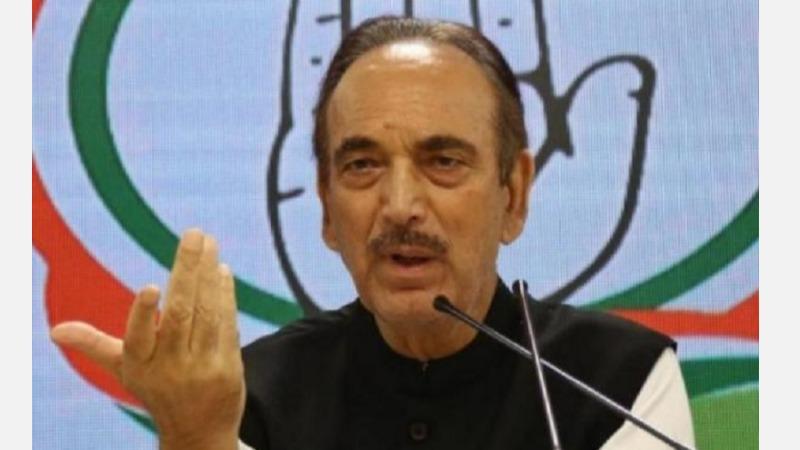 The senior leader of the party said that even in the 2024 elections, the Congress party has no chance of winning and ruling Ghulam Nabi Azad The report has come as a shock to Congress.

Former Chief Minister of Kashmir and former Union Minister and one of the senior leaders of the Congress Ghulam Nabi Azad He has been very dissatisfied with the activities of the Congress in recent times. Because of this President of Congress Azad became a key member of the G23 or a group of 23 Congress leaders who wrote letters to Sonia Gandhi demanding major changes in the party.

“There is a case in the court regarding the restoration of Section 370, which gives special status to Kashmir, which was repealed in 2019. I will not talk about what is not in our hands to please the people. I can not guarantee that everything will be snatched away from the stars and the moon.

If anyone other than the courts can do anything about this issue then it is the current government that is responsible for this action. This can change if Congress comes to power. It needs 300 MPs. But even in the 2024 general election, Congress will not be able to get this number.

God willing maybe we will succeed but not now. So I will not make any false promises. Moreover, congressional comments are stuck in a certain context. Beyond that, those ideas do not come out.