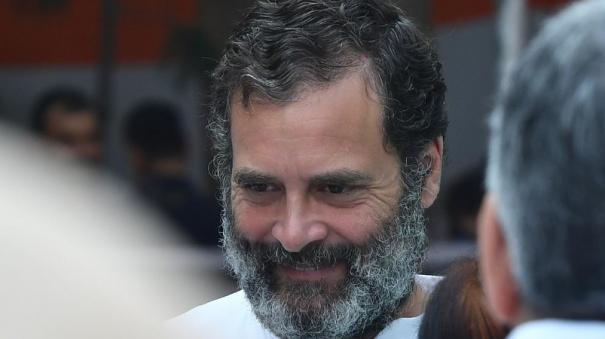 New Delhi: Former Congress President Rahul Gandhi is on an India Solidarity Tour. So, he has a bit of a beard rather than his usual look. In this context, Assam Chief Minister Himanta Biswa Sharma said that Rahul Gandhi looks like Saddam Hussein while mocking the trip. Congress has responded to this.

Himanta Biswa is campaigning for Gujarat state assembly elections. He seems to have said this comment about Rahul Gandhi in Ahmedabad area. It is noted that he left the Congress party in 2015 and joined the BJP

“I had said in a TV interview a few days ago that there is no problem with Rahul Gandhi’s new look. But if you have to change your look, at least change it like Nehru or Vallabhbhai Patel. Why you might even change like Gandhi. But now Saddam is like Hussein.

This type of behavior is the reason why Congress leaders are not close to Indian culture. Hemanta Biswa had said that they always follow foreign culture.

The Congress party has given a befitting reply to Himanta Biswa who compared their leader with the late former Iraqi President Saddam Hussein.

“Seeing BJP makes me laugh. I think the India Unity Tour is a must for them. They have been reduced to making such humble comments. Even PM Modi had a long beard. We didn’t say anything about it then. We are talking about real people issues.

The Prime Minister has said that there is a conspiracy against him. Conspiracies are usually hatched in a locked room. Sandeep Dikshit of the Congress party has recorded a retort, not in the pilgrimage where lakhs of people participate.