No Result
View All Result
Latest News
Can a mother with Govt infection breastfeed her baby? 26/07/2021
I apologize: Tamil Nadu athlete melted out of the second round of the Olympic fencing competition 26/07/2021
A hysterical celebration at the home of the Jordanian champion, Saleh Al-Sharbati, after securing an Olympic medal (video) 26/07/2021
Minister vs MLA .. High voltage scene .. TRS, Congress not reduced at all! 26/07/2021
Putin proposed to discuss plans to move the port of St. Petersburg 26/07/2021
Next
Prev
Home India

“Congress is weak; Why Ghulam Nabi Azad was not given another chance ” – Kapil Sibal volley to party leadership 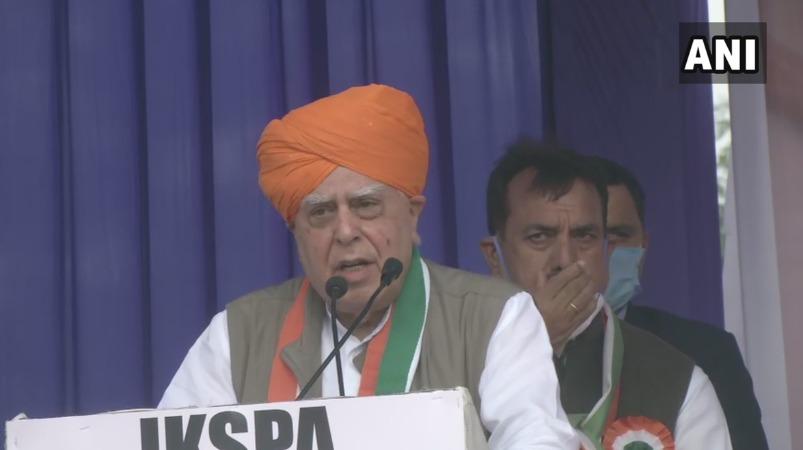 The experience of Ghulam Nabi Azad Congress I do not understand why the party is not taking advantage of the senior leader of the party Kapil Sibal Has said with confidence.

He stressed the need to appoint a full-time leader to the Congress and strengthen the party structures Congress 23 senior leaders wrote a letter to party leader Sonia Gandhi. The affair caused a great storm in the party. The party leadership-backed leaders leveled harsh criticism against them. From time to time they meet and discuss.

Recently Congress Dissatisfaction with the party’s performance and key decisions taken by Rahul Gandhi and his speech has caused concern among leaders.

Consultative meeting and activities set up by dissident leaders Congress The party leadership is paying close attention and has not yet commented on their activities.

Congress senior leader Ghulam Nabi Azad is hosting a three-day event in Jammu on behalf of the Global Gandhi Foundation. In the show that started today Congress The 23 leaders of the party have come together.

The event, organized on behalf of the Ghulam Nabi Azad Foundation, was attended by several leaders including Kapil Sibal, Anand Sharma, Vivek Thanga, Bhupender Singh Hooda, Manish Tiwari. These leaders, who may be in Jammu, are holding key consultations.

In this case the senior leader on that show Kapil Sibal Spoken by:

“It simply came to our notice then Congress The party continues to weaken. That is why we are gathered here. We had met before. Congress Our aim is to strengthen the party.

Ghulam Nabi Azad is well aware of the grassroots situation of the Congress party. He knows the status of the party up to every district. We are saddened that he was released from Parliament.

He was re-elected as an MP in order to serve in Parliament. Should have given the opportunity. His experience Congress I do not understand why the party did not take advantage. ” He said.

Congress MP Rahul Gandhi’s recent talk of the North and the South caused confusion within the party. Already to the speech of Rahul Gandhi Congress Senior leaders Anand Sharma, Kapil Sibal It is noteworthy that they expressed their views and dissatisfaction.

States that claim no deaths due to lack of oxygen are doing politics: BJP spokesperson accuses

Ariana on ventilator .. Sudden shock! Bigg Boss Beauty who shared a photo of herself

Flavia Laos responds to criticism after showing her face without makeup