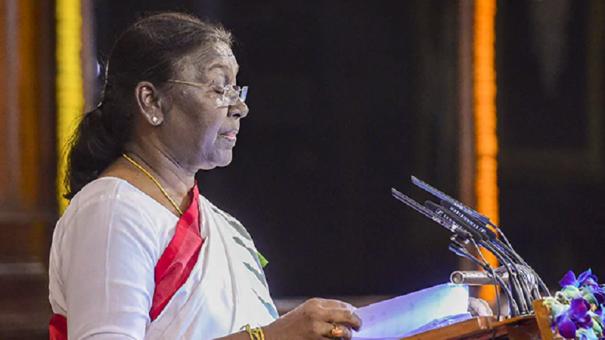 Speaking in the Rajya Sabha, Union Finance Minister Nirmala Sitharaman said, “Congress party has been spewing hatred ever since Drarubathi Murmu was announced as the presidential candidate. Congress MP Adhir Ranjan Chaudhary has defamed Murmu, who is the highest office holder in the country. He denies that he has spoken out of hand. But he has deliberately spoken rudely. “Congress President Sonia Gandhi should apologize in the matter,” he asserted.

Adhir Ranjan Chowdhury spoke like that on purpose. BJP said that now he is obscuring.

In this case, in the letter of apology written by Athir Ranjan Chowdhury, he has said, “I am sorry for using the wrong word to refer to the position you are holding. I would like to inform you that it was definitely an accident. However, I apologize. I request you to accept my apology.”