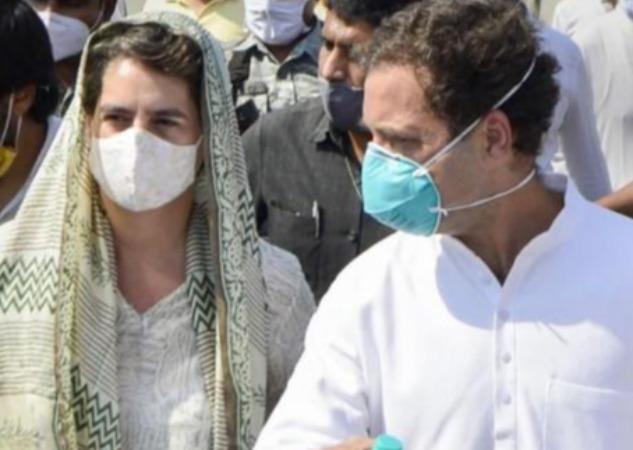 
Congress forms alliance in West Bengal Left-wing Rahul Gandhi and Priyanka Gandhi have been excluded from participating in the party’s massive rally tomorrow.

On the other hand as an alternative to the two alliances Congress – Leftists form alliances and compete.
Abbas Sikdik, the leader of the most important Muslim organization in the state of West Bengal, has announced that he will contest the election of the secular secular front of India. Congress And Left-wing Competing together in alliance.

In this meeting Rahul Gandhi Or Priyanka Gandhi State of West Bengal as required to attend Congress Called. They pleaded that if one of them attended the people would get a great reception.

But accept this invitation Rahul Gandhi And Priyanka Gandhi Refused. In Kerala, where the legislative elections are to be held Left-wing The parties and the Congress are competing against each other. But in West Bengal they are forming alliances and competing.

So in this rally Left-wing It seems that Rahul Gandhi and Priyanka Gandhi have been spared as it would cause embarrassment in Kerala if they participate with the leaders. And nationally with Mamata Banerjee Congress They did not participate because it would be embarrassing to participate in a rally against him while working together.

Syria’s Zaza, the youngest participant in the Olympic Games, bids farewell to the “table tennis” competitions

Dalia Durán reveals that she receives calls from different prisons: “I don’t know for what purpose”

The Italian Federation rejects criticism of the national team players

Saudi Health: We have not detected any deaths related to the Corona vaccine

Corona infection on the rise in 6 states including Tamil Nadu: Central government warns