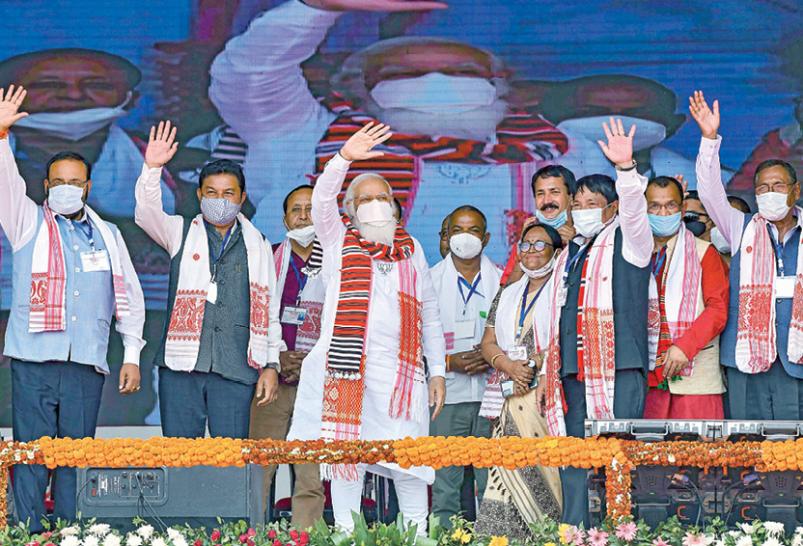 In Assam, the Assembly elections will be held in three phases starting from the 27th. in this situation, Assam Adul Bora, a minister and leader of the BJP’s alliance party Assamgana Parishad (AGP), is contesting from Bogahat constituency in Kolkata district. Prime Minister Modi campaigned yesterday in support of him. Then Modi spoke:

The Congress party will go to any lengths to seize power. For that, Congress Proof of the numerous lies told in the election manifesto. before this Congress The party made a lot of false promises to the people when it was in power in the middle and in power in Assam. But security in Assam has failed to bring stability. 2 places as in Central and Assam Congress When in power, it behaved with double indifference. At the same time there was corruption in 2 places and infiltration in 2 places.

False promises of employment and empowerment of women in Assam Congress Spread. But, nothing was done. The BJP government in central and Assam is currently operating like twin engines. Have implemented various schemes for the development of the State.

With the rest of the country Assam State is connected. If the people re-elect the BJP in this election, the next 5 years Assam The State will continue to make progress in all fields.

From the bombings and from the violence Assam Will the state not be liberated? That there will be no peace Congress It is customary for people to think in government. The current BJP-led National Democratic Alliance government has suppressed violence and brought peace and stability.

The kidnappers were arrested

For smugglers Congress The party came to support. Rare rhinos were killed and its skin and horns stolen. The kidnappers are currently being held captive and imprisoned. The most famous Kasiranga National Wildlife Sanctuary has been liberated from the clutches of smugglers.