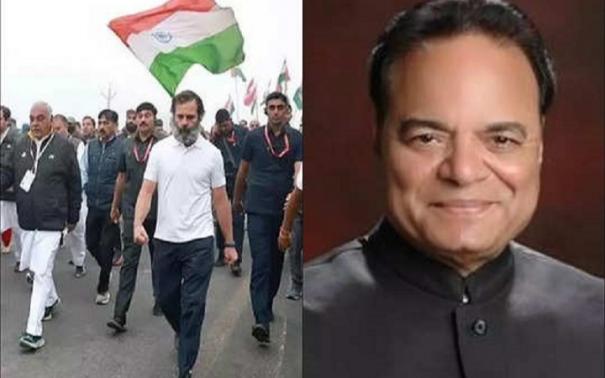 Rahul Gandhi’s India Unity Yatra started from last Wednesday at Sirhind in Thegar district of Punjab. Congress MP from Jalandhar during the pilgrimage held in Ludhiana area. Chandok Singh Chowkri participated. Chandok Singh Chowdhury suddenly fell unconscious due to a heart attack while the pilgrim was on his way to Ballur. He was immediately taken to a hospital in Pakwara but succumbed to his injuries.

Condoling the death of Chandok Singh Chowdhury on Twitter, the Punjab Chief Minister said, “I am deeply saddened by the untimely death of Jalandhar Congress Member of Parliament Chandok Singh Choudhary. May God rest his soul in peace.”

Lok Sabha Speaker Om Birla said, “My deepest condolences on the demise of MP Chandok Singh Chowdhury. In his long public life he always raised issues of public interest. His discipline in the House was the hallmark of his personality. May God rest his soul. My condolences to his family. He said.