Congress only cares about the poor: Rahul tweets about cylinder prices 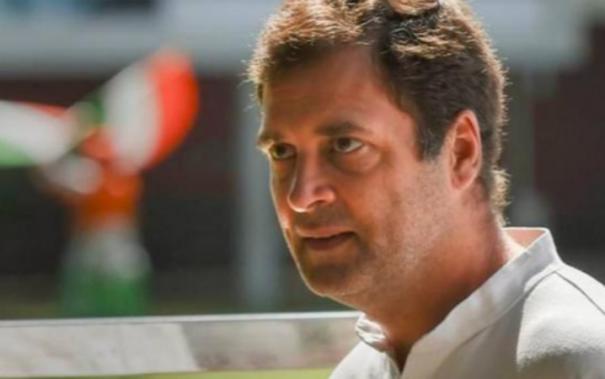 The Congress MP has criticized the BJP on Twitter for comparing the cylinder price hike saying that only the Congress party cares about the welfare of the poor and middle class. Rahul Gandhi.

He said on his Twitter page, “In 2014, the Congress government offered a subsidy of Rs 410 per cylinder, while in the BJP regime in 2022 the price was Rs 999 per cylinder. The subsidy is zero. Only the Congress party cares about the welfare of poor and middle class Indian families. Economic policy. “

2 cylinders then for the price of 1 now!

Only Congress governs for the welfare of poor & middle class Indian families. It’s the core of our economic policy.

Cylinder pricing .. In January last year, the price of a home cooking gas cylinder was Rs 710. Then it gradually increased to Rs 915.50 on October 6 last. Meanwhile, the Russia-Ukraine war has pushed up crude oil prices in the international market. As a result, oil companies raised petrol, diesel and home cooking gas cylinder prices in March after a four-month hiatus. Accordingly, the price of a domestic cylinder was increased by Rs.50 to Rs.965.50 in Chennai. It has now been increased by another Rs 50 and yesterday (May 7) it was announced that a cylinder will sell for Rs 1,015. Also, cooking gas has increased by Rs 307 in the last 17 months.

While the subsidy for cooking gas cylinders has already been reduced, the general public has expressed concern over the continuing rise in prices. In addition, housewives have complained that they have to spend Rs.