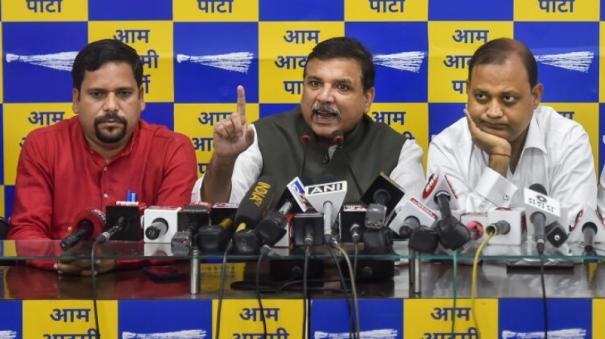 The ruling BJP government at the center is using various methods to break the Aam Aadmi Party. Already, the CBI and the Enforcement Directorate have been under pressure by framing false cases against key leaders of the AV party. Currently, AAP is threatening MLAs.

Also, the BJP has negotiated a bribe of crores to break the party. This is a very serious political issue. Kejriwal said.

Aam Aadmi Party MLAs Ajay Dutt, Sanjeev Shah, Somnath Bharti and Kuldeep have been contacted by BJP leaders and have negotiated a deal of up to Rs 20 crore to break the party. They have also said that they will give up to Rs 25 crore if they break the party and bring more MLAs.

The BJP government led by Prime Minister Modi may be overthrowing governments in various states by intimidation and bribery. But, this is Delhi. These people have made Kejriwal the Chief Minister for 3 times because of their full faith in him. So, we will not fear any intimidation from BJP. This is what he said.

Delhi Deputy Mayor and Aam Aadmi Party leader Manish Sisodia has been questioned by the CBI over the implementation of the new liquor license policy for 2021-22. In this situation, there was an allegation that Manish Sisodia was bargained for by the BJP that all the cases would be withdrawn and the chief ministership would be given to him if he quit the Aam Aadmi Party.