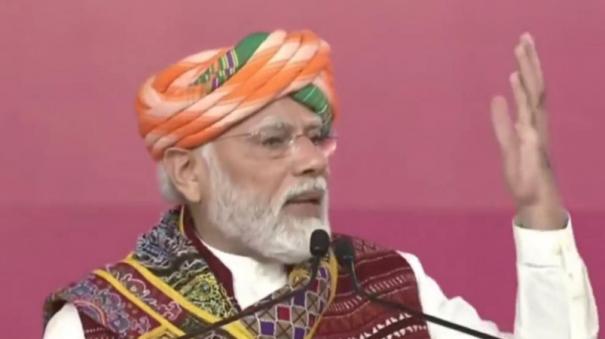 Bhuj: PM Modi said there was a conspiracy to tarnish Gujarat’s image. After laying the foundation stone for development works in Bhuj district of Gujarat, Modi spoke at a public meeting.

There was a conspiracy to tarnish the pride and fame of the state of Gujarat not only in India but also in the world. Also, several attempts were made to stop the investments coming to this state. But over all that, the state of Gujarat has chosen the path of development.

After the earthquake of 2001, we worked hard with the authorities to bring the party out of disaster and bring about revival. It has now yielded good results.

A developed country in 2047

Some spoke of the impossible task of recovering the Kutch region from the earthquake. These people have changed that perception. You can find many disadvantages in India now. But my clear vision is to become a developed country by 2047. The Prime Minister spoke thus.