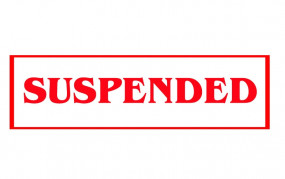 Digital Desk, Islamabad. A Station House Officer (SHO) has been suspended from service in Pakistan for registering a criminal case against a child. This case was registered in village Khokhar Ashraf on Tuesday.

According to the police, Jameel had grabbed a piece of Rafiq’s land along with four accomplices, including 7-month-old Chand. Jameel had not paid the promised amount of Rs 15 lakh despite getting the property registered in his (Jamil) name.

Jameel’s family approached the local court for interim bail and their case went viral, following which SHO Yasir was suspended. As per these procedures, an investigating officer has to investigate the matter before registering a case.