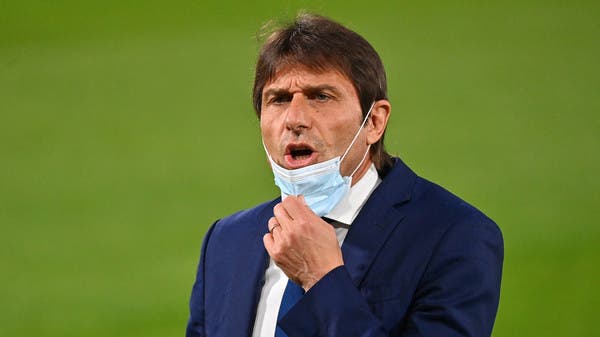 Inter Milan coach Antonio Conte has criticized the leaders of the Italian Serie A, the European Super League and the European Union (UEFA), and stressed that the right to qualify for the tournaments should be gained, while he asked about the consumption of funds by the Confederacy.

Inter, who drew 1-1 with Spezia on Wednesday, close to their first league title in 11 years, was one of three Italian clubs that signed up to join the Super League.

But the matter collapsed strangely in a few days, as Inter became the first Italian team to follow the steps of English clubs to withdraw from the project.

Conte was not impressed with the fact that the clubs participating in the Super League did not qualify for the European championships and questioned the front UEFA formed against the Super League offer.

Conte said: “Participation in the Champions League and the European League should be for the clubs that deserve it.” First, sport must be based on merit. But UEFA organizes all the tournaments and gives a small percentage of the money to the clubs. Clubs should get more money. Uefa does not invest anything unlike clubs.

The Super League offer was based on increasing the revenues of the big clubs in Europe and obtaining a greater percentage.

Uefa, fans’ associations and other clubs said the Super League would boost the dominance and wealth of big clubs and that its closed system ran counter to the European football model.

On Monday, UEFA said it was distributing about 90 percent of total revenue to the game again.