Conte intends to revive the career of young Sessegnon with Tottenham 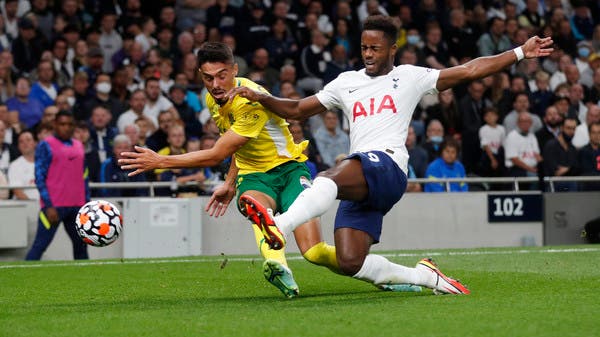 Ryan Sessegnon’s career has been stalled since he joined Tottenham Hotspur in 2019, but he could become one of the main beneficiaries of Antonio Conte’s appointment as head coach of the Premier League club.

The 21-year-old made his first Premier League game in nearly two years on Sunday when he came on as a substitute in the 2-1 win over Leeds United.

The former Fulham player, who spent last season at Hoffenheim on loan, will now get his chance to start from the start in the team’s European Conference League match on Thursday at the NS Mora stadium in Slovenia.

“He is now ready to start the match,” Conte, who has not lost in three matches since taking over from Nuno Espirito Santo, told reporters about Sessegnon. I can’t wait to see his performance because he is a talented player and has room to develop. He needs to be involved in every game.”

Sessegnon attracted attention with his attacking brilliance by playing on the left side as a full back or winger as a teenager at Fulham, and contributed to the team’s promotion to the Premier League in 2018.

But he participated in only seven Premier League matches with Tottenham, where injuries prevented his progress.

The Italian coach added: “Ryan has great potential. I saw in the past how many injuries he had. Now we are trying to work in the right way with him, and it is very important with him to push his energy to the highest level and train well to perform well in matches.

Sessegnon said Conte’s appointment represented an opportunity to finally start his career. He added: “The gameplay is perfect for me.” I feel comfortable playing on the left side, this position suits me. When I started at Fulham I used to play at left-back and moved to the winger. Playing as a back winger combines the two centers.

He continued: Conte knows my history with the club. He wants me to become positive and express myself.

Conte is used to winning major trophies, so he is taking the third most prestigious European championship and will bring a strong squad to Slovenia.