Conte is surprised.. and laughs. 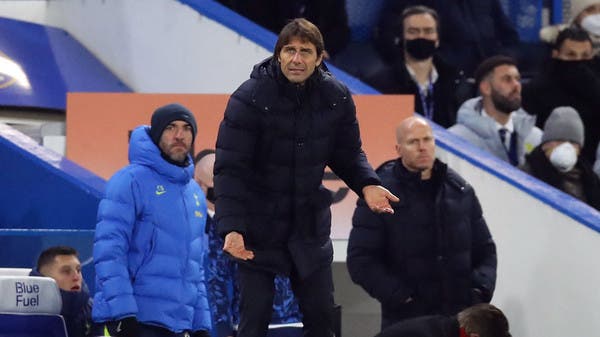 Tottenham Hotspur coach Antonio Conte has mocked comments that he has become more calm in recent matches, saying he is trying to control his emotions and set an example for his players.

Conte, in addition to Liverpool coach Jurgen Klopp, is one of the most enthusiastic coaches in the English Premier League, and loses control of his temper frequently in the technical area during matches.

Tottenham’s last three matches were in the two cup competitions, where they lost at home and away to Chelsea in the League Cup semi-finals, while they beat Morecambe 3-1 in the third round of the FA Cup.

“You have to ask the referee or the fourth official if you’re calm against Chelsea?” Conte said in a press conference on Friday before his team’s Premier League match against Arsenal at the weekend. He will be surprised by this question.

He added, “During my coaching career, I tried to be calm in some periods while observing the reaction of the players.” I think this is also a strategy. I can drive but sometimes the driver can stay calm. It’s part of the process of giving players more responsibility. If I try to force myself to deal with the matches in another way, it will be very difficult, but sometimes I have to stay calm and let my players make the best decision and face the difficult periods in the matches.

Tottenham are sixth, two points behind Arsenal, but they have two games in hand.

And the victory at home on Sunday will lead him to overtake his opponent.