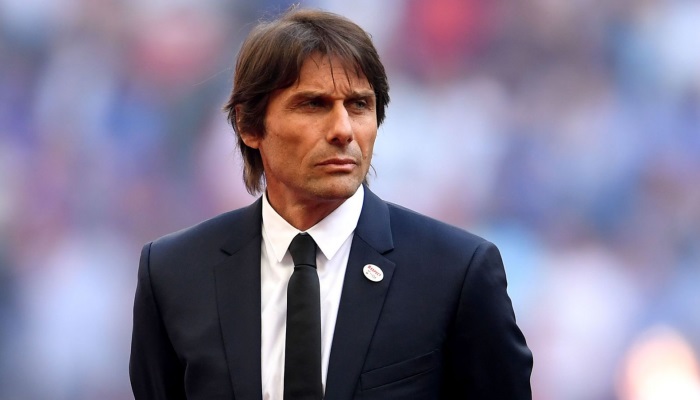 The Italian coach of the English Premier League club Tottenham Hotspur, Antonio Conte, criticized the “false news” that he is among the candidates to take over the technical duties at the French club Paris Saint-Germain.
Conte’s name was linked to the Paris club this week after reports emerged that his current Argentine coach, Mauricio Pochettino and the former Tottenham coach is likely to leave at the end of the season, while the latter said Thursday that he feels he will stay with the team next season alongside his French striker Kylian Mbappe, the candidate. To move to Real Madrid.
The Italian coach has 12 months left on his contract with Tottenham after refusing to commit to a long-term contract with the English club since he replaced Nuno Espirito Santo, who was sacked in November.
In response to a question about his name being linked to Saint-Germain, Conte insisted that these allegations were not true, and told reporters, “Obviously I think it is good that other clubs appreciate my work. This is on the one hand. But the truth is that I don’t like when people try to (invent) the news. Just to talk and just to make trouble.”
The 52-year-old continued, “This is not right and unfair to me, the clubs involved and my players. I repeat, this kind of situation makes me smile,” stressing that “people who want to tell something about this issue should show respect to all the people involved in this situation and not invent Fake news and a lot of lies.
And he added, “In this case, those who work in football, whether players or coaches, know very well that at this stage of the season a lot of fake news begins to appear.”
Conte refused to let talk about his future be a distraction for his players as they fight to qualify for the Champions League next season.
Before facing Leicester City on Sunday in the thirty-fifth stage, Tottenham, the fifth with 58 points, is two points behind Arsenal, its north London rival, and the fourth-finalist, who qualifies for the mother continental competition, five stages before the end.
“At this moment, I, the players, the club and the fans need to focus on a goal that is important to us,” Conte said. “We are living this dream. We have to go until the end to secure a place in the Champions League. It is right to emphasize that we are fighting for a goal that we have not It was on our minds at the start of the season.”
“Now it will be very important to focus and not listen to fake news and people who definitely want to create problems for us,” concluded the former Juventus and Chelsea coach.