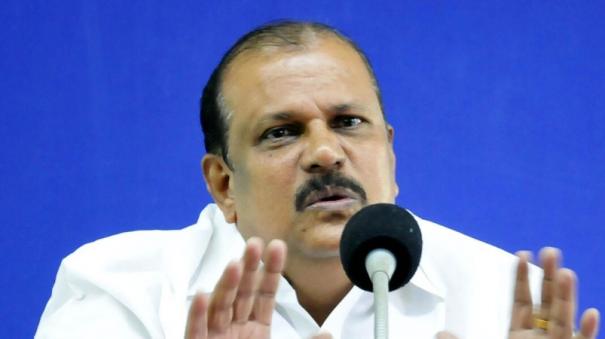 P.C. hails from Poonch area in Kottayam district of Kerala. George (70). He started his political career in Congress and switched to various parties. He started the Kerala Janapaksam party in 2019 and contested the last Lok Sabha elections in alliance with the BJP. Elected 7 times as MLA from Poonch Assembly constituency, he is the senior political leader of Kerala.

“The contraceptive pill is mixed in soft drinks served in Muslim-run hotels, causing infertility in both men and women, thereby trying to control the population of other communities and increase the population of Muslims. There is a conspiracy going on to make India a Muslim country.

In areas where other communities are more populous, Muslim businessmen start their own companies and try to dominate economically. Muslim preachers spit 3 times on food items. Those types of food are served to the people. Why should we eat the food they spit on and ignore it, “he said.

P.C. George’s opinion has been the subject of much debate in Kerala politics. Complaints have been lodged against him with the police and Chief Minister Binarayi Vijayan on behalf of Muslim organizations.